Tsunami 2004: Sri Lanka yet to streamline its disaster warning system

Evacuation drills are carried out every three months, along with awareness initiatives linked to tsunamis, floods and landslides 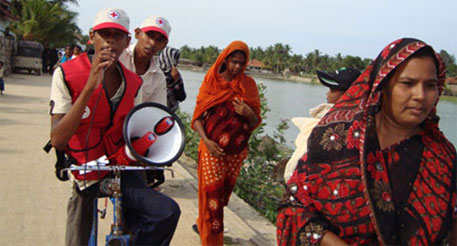 When the devastating tsunami waves struck the coastal state of Sri Lanka on December 26, 2004, the island’s 21 million inhabitants were ill prepared. For a country that had not faced a natural disaster of such magnitude in living memory, the ferocity of the disaster brought to sharp focus its lack of disaster preparedness.

The waves struck over 1,000 km—nearly two-thirds of the island nation’s coastline in 13 districts—and the biggest impact was faced by the northern, eastern and southern coasts, as well as parts of the north-western coast. The sea water that penetrated the island drained away in about 30 minutes, but left in its wake a trail of destruction. Over 35,000 lives were devoured by the waves, which also caused massive destruction of infrastructure and property. More than half a million were displaced.

Until the 2004 Indian Ocean tsunami, disaster preparedness was never a priority for Sri Lankan policymakers. The catastrophe necessitated the identification of key failures and introduction of a comprehensive disaster preparedness, management and disaster risk reduction (DRR) plan.

“We had to address a tsunami of issues. First, we had to identify where we failed, and it seemed we have failed in many aspects. A quick review of the key failures led us to critical areas: delay in issuing vital warnings, failure in seismic data interpretation, failure to evacuate persons at risk and failures in the disaster response and recovery,” explains an official of the former Reconstruction and Development Agency (RADA).

Disaster data in the country before 2004 are not consistent or readily accessible. The last major natural disaster experienced by Sri Lanka was the November 1978 cyclone that affected eastern Sri Lanka, killing around 1,000 persons and displacing nearly a million.

Ten years after the 2004 tsunami, the disaster response appears to be more streamlined. Nearly two million people across the island now receive alerts and instructions on their mobile phones for evacuation, when necessary.

Sarath Lal Kumara, assistant director and spokesperson at the Disaster Management Centre (DMC), the central authority charged with the responsibility of issuing disaster warnings and coordinating relief operations, claims that it has taken time to build a sound network to issue warnings but now it is robust and functional.

Over the past decade, Sri Lanka has made advances on disaster resilience with operational offices being opened in each of the island’s districts, which are mandated to work closely with communities, the police, armed forces and the Sri Lanka Red Cross Society. Together, they carry out evacuation drills every three months and other awareness initiatives linked to tsunamis, floods and landslides.

But the institutional framework for DRR has much to be addressed. “We are still not completely satisfied with timely warnings. Though much has been done, streamlining the warning mechanism is still work in progress,” Kumara adds.

On November 29 this year, 12 people were killed and 25 went missing after a landslide in the disaster-prone village of Meeriyabedda in central Sri Lanka’s Badulla district. The village residents were not alerted on time; neither did they know that their village was at high risk from such calamities.

According to R M S Bandara, who heads risk management at the National Building and Research Organization (NBRO), public awareness programmes had been created at the village-level and necessary equipment distributed, only to experience a landslide-related disaster in Meeriyabedda. “Hazard mapping is a tool to be used to demarcate safe zones and evacuation areas to minimise disaster impacts. Sri Lanka is not making the maximum use of the existing maps,” he says.

Village authorities counter this argument, saying they would have used the maps if they had known about them. Kumara acknowledges problems in making good use of the hazard maps, and adds that their utilisation needs to be promoted.

Likewise, there had been instances when government authorities faced serious loss of public trust and credibility due to false warnings. A tsunami alert on April 11, 2012, lacked a scientific basis and resulted in unnecessary panic. A full-scale tsunami warning was issued with instructions for evacuation by the Sri Lankan Meteorological Department soon after Indian authorities raised a similar alert, only to call it off after a few hours. Adding to the confusion was the fact that the warning was issued by the Met Department, responsible for atmospheric data and analysis, and not DMC, the designated authority.

In another incident, due to inadequate warnings, 29 persons lost their lives when a mini cyclone hit the southern district of Matara in Sri Lanka on November 21, 2011.

A decade after the devastating tsunami, the Sri Lankan disaster authorities intend to focus on a uniform early warning system that prepares people ahead of disasters, including speedy evacuation and relief mechanisms. Such a system, it is hoped, will go beyond tsunami and create a structure that tackles multiple hazards.