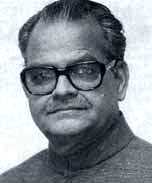 TWICE-DISPOSSESSED Pong dam oustees have urged the Centre to sponsor tripartite talks between their representatives and the BJP governments of Himachal Pradesh and Rajasthan to settle rehabilitation issues. At a Congress-organised rally recently, Union minister of state for planning Sukh Ram condemned the Rajasthan government's high-handed and unilateral amendment of the Oustees Rehabilitation Rules. The Rajasthan authorities then cancelled earlier land allotments to about 16,000-odd families uprooted 20 years ago from the Kangra hill district in Himachal Pradesh when the Pong dam was constructed. The oustees were to get ownership rights within 20 years.

However, as the desert land was made fertile by the Indira Gandhi Canal and its price skyrocketed, local mafia leaders reportedly started getting the land transferred to their followers, allegedly with the connivance of local authorities. The 20-year period for granting ownership rights to oustees was also extended to 25 years. Thousands of oustees are being uprooted again and the Himachal Pradesh government has not been able to prevent their dislocation.

The Rajasthan government was given the responsibility of rehabilitation as it benefitted more from the dam than Himachal Pradesh. The oustees welfare committee now wants the allotment of about one lakh hectares should be handed over to the Himachal government for distribution.