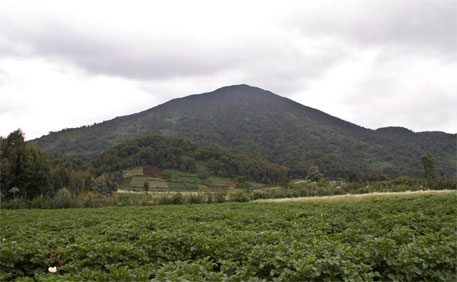 British oil major Soco International has been accused of bribing a Congolese military officer to carry on oil exploration in Democratic Republic of Congo’s (DRC) Virunga National Park, according to international non-profit Global Witness. Soco has, however, denied the allegations, media reports say.

The global anti-corruption watchdog has in its possession cheques and receipts, revealing that huge amounts were paid to a particular officer, who has been accused of suppressing and torturing locals and opponents to the oil exploration project.

According to the Global Witness report, Soco is facing allegations that it offered thousands of dollars to military liaison officer Major Burimba Feruzi, as it sought access to drill oil inside the park. Feruzi was also caught on camera in the filming of the Oscar-nominated documentary, Virunga, offering $3,000 as bribe to a senior park ranger.

The World Wide Fund for Nature (WWF) has also shown its concern over Soco’s operations in Virunga in a report.

Virunga is Africa’s oldest national park and is a bio-diversity hotspot. The park is home to between a quarter and a third of the world’s endangered mountain gorillas.

Soco’s presence in Virunga is controversial, the report adds. As a UNESCO-protected site, oil exploration is banned inside the park under the World Heritage Convention.

French oil giant Total, which was also awarded an oil block that partially covers Virunga park, committed in 2013 to not explore inside its current boundaries, thereby ruling out any potential to backtrack should the Congolese government redraw the park. In 2014, Total extended that commitment to all UNESCO World Heritage sites.

In an emailed comment, Global witness said that the Congolese government and Soco have often tried to argue that the revenues from oil exploitation in Virunga will help to drag the population there out of poverty. However, we only need to look at places like the Niger Delta to see what can happen when companies begin pumping oil in regions that lack the requisite infrastructure and oversight: the environment is damaged, insecurity increases and the local population suffers.

Congo has vast mineral wealth and major international oil and mining companies have been present in the country for several years. However, the lack of a transparent system of taxation and expenditure in Congo means that this wealth has not benefitted the majority of locals. Instead, it has enriched multi-national companies, the non-profit added.

Oil exploitation and conflict in the Niger-Delta region of Nigeria