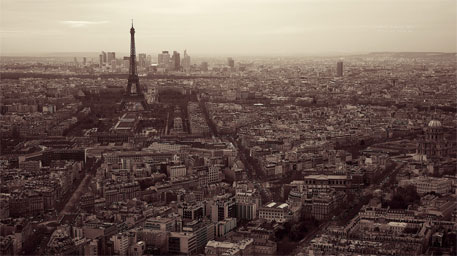 The secretariat of the United Nations Framework Convention on Climate Change (UNFCCC) Friday communicated the negotiating text for a new climate change agreement to governments in all six official UN languages.

With this, the formal legal and procedural requirements to allow countries to adopt a legal instrument under the UNFCCC have been fulfilled, says the UN press release.

The Governments will come together to agree upon a global climate change agreement at the 21st Conference of Parties (COP 21) in Paris in December, which will come into effect in 2020. As part of the agreement, every country is expected to make contributions now and in future (based on their national circumstances) to prevent increase in global temperatures beyond 2°Celsius and to help societies adapt to existing and future climate change.

“Paris needs to put the world on a recognisable track to peak global emissions as soon as possible, achieve a deep de-carbonisation of the global economy and reach a climate neutral world in the second half of this century at the latest,” she said.

The negotiating text  covers the substantive content of the new agreement, including mitigation, adaptation, finance, technology, capacity building, and transparency of action and support.

The global disaster risk plan, known as the Sendai Framework for Disaster Risk Reduction 2015-2030,   adopted by UN member states this week and Cyclone Pam  that hit the small island state of Vanuatu last week brought into focus impact of climate change and how disaster risk resilience planning is essential and must be considered by the negotiators.

After agreeing upon the 15-year plan to reduce damages from natural disasters, the UN meet in September will decide upon the post-2015 sustainable development goals.

So, “there is no time to lose”, said Figueres. She called upon all nations to ensure that the Paris climate summit considers these efforts seriously and decide on a plan for clean energy and a climate-resilient future.

With the release of draft negotiating text, the next UN climate change meeting in Bonn, scheduled from June 1 to 11  is expected to provide the required momentum for climate negotiations in the right direction. Figueres urged countries to consider this as an opportunity to show their flexibility and willingness to come to an early resolution of the outstanding issues and to seek common ground on unresolved issues.”

In addition to this, various ministerial-level meetings throughout the year will include climate change on their development agenda post-2015.

Understanding the Lima Climate Conference: A proxy battle for the 2015 Paris Agreement