UN concerned over violation of rights due to international trade agreements

They feel that certain provisions in these agreements cater 'to the business interests of pharmaceutical monopolies', which are making medicines expensive 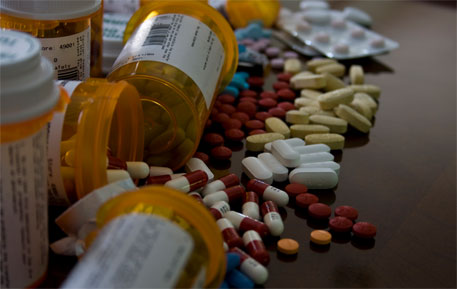 During the first week of June, experts emphasised on the need of carrying out human rights impact assessments both before and after FTAs are concluded. This is for governments to explain how they will uphold human rights obligations, if they sign trade and investment agreements, experts said. Trade agreements should include safeguards to ensure full protection and enjoyment of human rights, they added.

Earlier, UN experts had highlighted concerns that the TPPA may contain provisions that cater “to the business interests of pharmaceutical monopolies”.

“Today, in the Asia-Pacific region, second-and-third-line AIDS medicines are exorbitantly priced. US multi-national pharmaceutical company Gilead is playing games with the lives of people living with Hepatitis C by creating a complex pathway of licences, price negotiations and collection of personal data before patients can access Sofosbuvir. Cancer treatment prices have skyrocketed. This is what the US-promoted patent rules in the WTO (World Trade Organization) that require 20-year monopolies on medicines to be granted have resulted in,” said Edward Low of MTAAG+.

“Now, the next generation of international intellectual property obligations pushed by the US through the TPPA would keep even more medicines unaffordable for longer periods of time,” he added.

Leaked TPPA negotiation documents show that the US is pushing intellectual property provisions far in excess of what Vietnam and Malaysia have agreed to in the WTO Agreement on Trade-Related Aspects of Intellectual Property Rights (TRIPS).

TRIPS, which has gone a step beyond, and is now known as ‘TRIPS-Plus,’ is contrary to the WTO’s Doha Declaration which reaffirmed that TRIPS “can and should be interpreted and implemented in a manner supportive of WTO members’ right to protect public health and, in particular, to promote access to medicines for all”.

“In Vietnam, we are already concerned by announcements from international aid agencies, including the US PEPFAR (President’s Emergency Plan for AIDS Relief) programme, of their withdrawal of funds and treatment programmes from our country,” said Do Dang Dong of VNP+.

“Estimates suggest that under our current budget, if Vietnam was forced to agree to all of the US demands on patents and intellectual property in the TPPA, only 30 per cent of people living with HIV who need treatment would receive it. This is an unthinkable scenario for us.”