Targets for treatment and safe burials likely to be achieved in many places, but not in others, says WHO 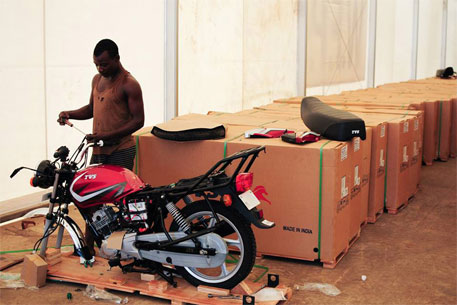 The World Health Organization on Tuesday said that while Ebola response targets to contain the virus may be reached in many places, some will not be able to meet the targets.

The agency has also announced two new cases in Mali, the most recent among six countries to be affected in West African region. The present outbreak, which has a fatality rate of about 70 per cent, began in Guinea in December 2013. It later spread to Liberia, Sierra Leone and Nigeria. One case was also found in Senegal. Nigeria and Senegal are now Ebola-free.

The United Nations, as part of its intensified support to both the preparedness and response efforts of the Mali government, is opening an office of the UN Mission for Ebola Emergency Response (UNMEER) in Bamako, the capital. UNMEERs’ Guinea office, meanwhile, reported that community reticence in many areas remains the main obstacle to contact tracing.

According to United Nations’ office for the Coordination of Humanitarian Affairs (OCHA), as of today, US $807.5 million of the US $1.5 billion Ebola response plan for West Africa was funded, which represented 54 per cent of the appeal met.

Meanwhile, according to reports by Reuters an Al Jazeera, burial workers in Sierra Leone have dumped bodies in the street outside a hospital in protest at authorities' failure to pay bonuses for handling Ebola victims. Authorities acknowledged the money had not been paid but said that all the striking members of the Ebola Burial Team would be dismissed.