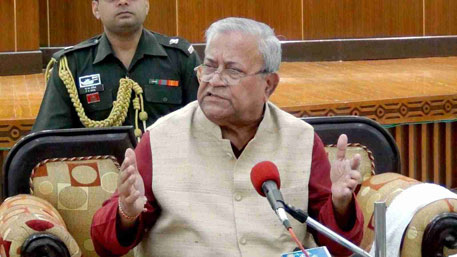 The Assam government has been sharply criticised by state governor, Padmanabha Balakrishna Acharya, over “rampant rhino poaching in the state”.

The governor’s statement came after his address in the budget session of the Assam Assembly on Monday after reading out a speech (prepared by state government) which said that firm steps have been taken to protect wildlife and that the overall population of rhinos have increased from 2,201 in 2009 to 2,544 in 2013. In his address, the governor also said that modern arms and equipment have been provided to counter the poachers and that an anti-poaching task force has been set up.

According to data of the Assam environment and the state forest department, the highest number of 41 rhinos had been poached in 2013 while 2002 and 2004 recorded the lowest poaching—five rhinos each year. Last year, poachers killed 22 rhinos, of which 21 were killed in Kaziranga National Park and one in Pabitora wildlife sanctuary.

On Sunday, the governor had summoned Assam environment and forest minister, Atwa Munda, and Kaziranga Park director, M K Yadava, to discuss rhino poaching, and had questioned the latter over his department’s inability to protect the rhinos.

The minister, however, didn’t visit the governor; when approached for comments, he said he was away.

Speaking to reporters, the governor said he is disturbed at the killing of six rhinos this year, and said: “if they can’t stop it, they must resign”.

"The poachers don't parachute into Kaziranga. They must be taking shelter in the fringe areas of the park. The security personnel must identify and apprehend them. If anybody is found aiding them, strong action should also be taken against them," he said.

The governor also directed Yadava to submit a detailed report on rhino poaching at Kaziranga at the earliest.

The governor also asked why in spite of having 1,200 security personnel the state forest department had not been able to curb poaching, which is taking place with “alarming frequency”.

“I wanted to know what is lacking. The director came and briefed me about the situation. If he is not in a position to prevent killings, then he should quit gracefully. We will appoint another agency,” the governor told journalists after his meeting with the park director. 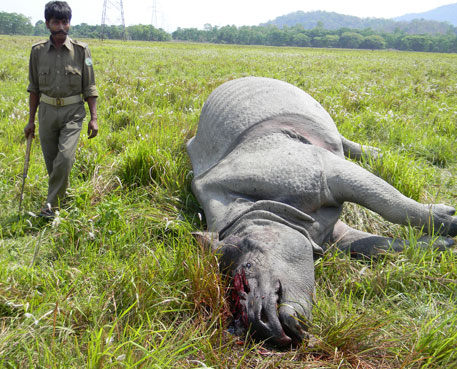 Continuing his attack on the state government over the issue on Monday, Acharya said that he is very much concerned about the rhino as it is symbolic species.

“If they cannot stop rhino poaching then we should get another agency. A small group of criminals are challenging the government. How can you tolerate this?” asked the governor.

This is not the first time that Acharya has been critical of the government on this issue. On January 7 this year, he gave instructions to change the whole set up of security personnel of Kaziranga without any delay, if required, and said he had even urged the then Assam environment minister, Rockybul Hussain, to “do justice to his ministry and discharge his responsibilities to the state and its people and resources, carefully, sincerely and judiciously.”

The Assam chief minister said he was equally concerned about the matter. “Mr Javadekar (Union minister of state for environment) gave us many assurances during his visit, but nothing has happened after that,” said Tarun Gogoi.

Gogoi also said that the Centre’s assistance on the issue is very crucial as the state government alone can’t solve the problem.

“The poachers have links with extremists outside the state. The state government alone cannot solve this problem and the Centre must extend cooperation,” said Gogoi to reporters.

In damage control mode, Munda said that in 2000, there were only 120 anti-poaching camps which was increased to 154 in 2005 and 174 in 2014, and further said that the government of Assam also amended the Wildlife (Protection) Act, 1972 and enhanced penalties and also empowered the forest staff to use firearms in 2010.

“If we look at the past history of rhino poaching in Kaziranga from the records available since 1965, we find that the highest number of rhinos poached was 48 in the year 1992, while during 1985 and 1986, 45 rhinos were poached in each year,” added Munda.