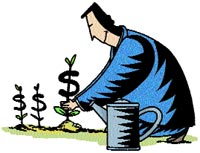 Genetic resources and livelihoods across the Asia-Pacific region are being destroyed due to commercialisation of plant genes by transnational companies and national governments. This has been observed in a report compiled by Genetic Resources Action International (grain), a Barcelona-based group, and Kalpvriksha, an Indian environmental organisation.

The document warns that plants are vanishing so quickly that one major drug becomes extinct every two years. Communities are increasingly losing control over their plants and are being exploited for their knowledge, the report further points out.

It examines the plight of communities which rely on plants such as turmeric and basmati rice, and trees such as neem of India and mamala of Samoa. In this context, the report reveals that the commercial use of genetic resource by companies with foreign as well as national bases is leading to the loss of precious plant life in the region stretching from India and Malaysia to China, the Philippines and even Pacific islands.

It is stated that Asia-Pacific governments are under immense pressure from industrialised countries to adopt bilateral ipr (intellectual property rights) agreements on traditional knowledge. Governments have been exhorted to safeguard the rights of indigenous people to ensure their control over genetic resources.