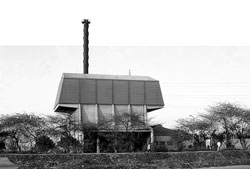 the Timarpur power plant, technically known as the refuse incinerator-cum-power generation plant, is in the news -- albeit for the wrong reasons. A recent Delhi High Court order has directed the Comptroller and Auditor General of India (cag) to conduct an inquiry into the failure of the plant, which was imported from Danish firm Volund Milijotecknik in the mid-1980s.

The high court order comes in response to a public interest litigation (pil) filed in 2000 by B L Wadhera. The plant, worth Rs 22 crore, was set up to generate power out of municipal solid waste. But it failed to function well and was eventually closed down in 1990. In April 2001, the court directed the department of science and technology (dst) to conduct an independent inquiry and to name those responsible for the plant's failure. But, Amitabha Pande, joint secretary of dst, who carried out the inquiry, failed to do so and instead blamed the inability to follow 'organisational systems and processes' as the reason for the breakdown of the plant.

However, the court did not buy the argument. Chief Justice S B Sinha and Justice A K Sikri declared, " An inquiry could not have been wound up by throwing the entire blame on the system." The high court further said, "No order should have been placed for procurement of the plant unless its utilities were completely known." Wadhera contended, "No feasibility studies were carried out and tenders were not floated before setting up the plant. The government continued to waste public money as maintenance cost of the plant."

Official sources in the Union ministry of non-conventional energy sources (mnes), which set up the plant, blame its failure on the mismatch of technology with the type of waste found in Delhi.

"The incinerator requires high calorific value waste, but the calorific value of what the plant got was low and it failed to generate power," says an mnes official. Now it all goes to waste.