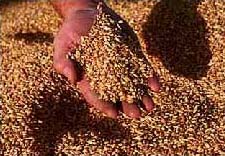 While charting out a 4 per cent growth strategy for the sector, Singh exhorted the states to "accelerate and urgently complete" agricultural marketing reforms to ensure that farmers get a legitimate share in the final value of their produce. He asked the states to amend their Agricultural Produce Marketing Committee (apmc) acts as per the Centre's proposed model legislation to facilitate contract farming and free marketing, organised retailing, smooth flow of raw materials to agro-processing industries, competitive trading and adoption of innovative marketing systems and technologies. But the states and civil society organisations apparently don't share Singh's enthusiasm for marketing reforms.

"This has long been a wish-list of the industry and to a great extent it can also show growth in the sector. But only resource-rich farmers will benefit from it," says Tanushree Tripathy, an economist with the Ahmedabad-based Agriculture Research Foundation. Agriculture being a state subject, the marketing reforms won't have a smooth sailing. Union agriculture minister Sharad Pawar thinks otherwise: "Six states have already amended their apmc acts and another 8-9 states are in the process of amending it." But in Uttar Pradesh, which has amended its apmc Act allowing private participation in foodgrain procurement, farmers were annoyed when itc allegedly bought farm produce at rates below the minimum support price.

Singh said agriculture must diversify from the traditional grain-based strategy into horticulture, animal husbandry and allied agricultural activities to keep up with changing consumer preferences and to ensure higher returns to farmers. A Rs 2,300-crore National Horticulture Mission has already been set up. Food and trade analyst Devinder Sharma agrees diversification could accelerate growth in the sector but adds only the traders would profit while the gain for farmers will be marginal.

Besides advocating for private investment, Singh also suggested convergence of funds under Bharat Nirman and the National Employment Guarantee Scheme with the resources of Union ministries of agriculture and water resources to increase the asset base in agriculture. It is estimated that the sector requires Rs 1,50,000 crore over the next five years. At the ndc meeting, Pawar rapped states for poor investment in agriculture, which is usually less than 5 per cent of their total Plan outlay. In the earlier meeting, Planning Commission deputy chairperson Montek Singh Ahluwalia also said India should invest more in agriculture rather than increasing subsidies.

Planning Commission member Abhijit Sen said technological breakthroughs are needed to lower production cost. The technology that was working for the last 30 years cannot work for the next 30 years, he said.

Pawar said water management holds the key to the 4 per cent growth target. It is estimated that completing the ongoing irrigation projects and constructing field channels in command areas can bring an additional 20 million hectares under irrigation. In the ndc meeting, Pawar laid stress on installation of drip, sprinkler and fertigation (ferti liser+irri gation) systems, which is part of the basic infrastructure in developed countries. The minister also urged for special strategies to manage dry lands, which account for more than 40 per cent of the country's foodgrain production.

Despite intense discussions on revamping the farm sector, the meetings failed to formulate a firm strategy. Rather, many suggestions that came up contradicted each other. For example, the Planning Commission talked of land tenancy reforms for small and marginal farmers while Singh asked for marketing reforms. Similarly, crop diversification and increase in food production can't go hand-in-hand. Pawar's enthusiasm for costly drip and sprinkler irrigation system makes sense only for the rich farmers. It is important for policy makers to understand what the farmer needs before taking any decisions.