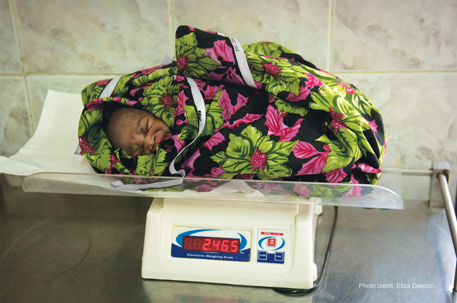 EXPECTANT mothers living in areas with high traffic density and air pollution levels are likely to have babies with low birth weight. A study conducted in 12 European countries has found a link between increased concentrationÃ”Ã‡Ãªof particulate matter of less than 2.5 micron (PM2.5) and birth weight in babies. The average exposure to PM2.5 during pregnancy in the study ranged from less than 10 microgramme per cubic metre to nearly 30 microgramme per cubic metre.

“A 5 microgramme per cubic metre increase in PM2.5 concentration during pregnancy was associated with 18 per cent increased risk of low birth weight. Increased risks were also found below the current European Union annual limit of 25 microgramme per cubic metre for PM2.5. PM10 (particulate matter less than 10 microns) and NO2 (nitrogen dioxide) and traffic density were also associated with increased risks,” explains lead researcher of the study Marie PedersenÃ”Ã‡Ãªfrom the Centre for Research in Environmental Epidemiology, Barcelona. Both PM10 and NO2 are air pollutants. Pedersen says low birth weight has also been linked to higher risk of morbidity and mortality in the child.

Researchers pooled data from 14 studies in Norway, Sweden, Denmark, Lithuania, England, Netherlands, Germany, France, Hungary, Italy, Spain and Greece. The study included 74,178 women who had deliveries between February 11, 1994, and June 2, 2011. Another important finding of the study is reduced head circumference in babies born to women exposed to fine particulate pollution.

Annual mean concentration of air pollutants was estimated at maternal home addresses during October 2008 and February 2011 in several sites selected to represent spatial variation of air pollution in the residential areas of the expectant mothers.

The research was part of the European Study of Cohorts for Air Pollution Effects, a study probing links betweenÃ”Ã‡Ãªoutdoor air pollution exposure and health.

The study was published online in Lancet Respiratory Medicine on October 15.