IT WAS a fast-track venture that sought to get round procedures perfunctorily, even if this meant fudging environmental impact assessments (EIAs) and doctoring public hearings. No wonder the Karnataka government has had to ground the Dandeli Mini Hydel Power Project before it could take off... 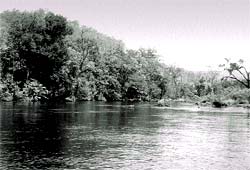 IT WAS a fast-track venture that sought to get round procedures perfunctorily, even if this meant fudging environmental impact assessments (EIAs) and doctoring public hearings. No wonder the Karnataka government has had to ground the Dandeli Mini Hydel Power Project before it could take off.

The decision to reject the private sector proposal for an 18-megawatt mini hydel power project across the ecologically stressed Kalinadi in the Western Ghats was announced by state industries minister R V Deshpande on September 20. Deshpande disclosed that non-fulfilment of all the criteria by the promoter, Murdeshwar Power Corporation Limited (MPCL), made it imperative for the government to resort to the measure. Environmental groups such as Kali Bachao Andolan have welcomed the move.

The project has been mired in controversy ever since it received conditional clearance subsequent to the Global Investors Meet, organised in the state in June 2000. What raised eyebrows was the fact that multinational company Ernst and Young submitted a rapid EIA on behalf of MPCL even before the official go-ahead was given in July. Worse still, Bangalore-based non-governmental organisation Environment Support Group (ESG) and Parisara Samrakshana Kendra, an activist body of Uttar Kannada, found that the REIA had been plagiarised.

It was allegedly copied from reports prepared by the Institute for Catchment Studies and Environmental Management, and BASS Pollution Control Systems Limited - both Bangalore-based consultancy firms. Ernst and Young had then issued a statement, claiming that the concerned executive had "violated (the company's) procedures and submitted the report on his own".

In September 2000, MPCL hired the Tata Energy Research Institute (TERI) to prepare an EIA. But green groups detected several lacunae in this document, too. ESG observed that the EIA mentioned incorrectly the names of plant and fish species existing at the proposed site. It also questioned the claim that elephants and crocodiles were present in the area.

TERI reportedly refuted allegations that the EIA was "fraudulent", but admitted that there were plans "to reassess our report in the light of the comments made and, wherever required, (to) modify and strengthen the same". To be sure, the activist bodies did appear to have gone overboard on two counts. Firstly, forest officials have enumerated at least 200 crocodiles in the polluted waters of the Kalinadi in the heart of Dandeli town itself. And, secondly, the elephant census of 2002-2003 has estimated that there are 10 to 100 elephants in the Dandeli-Haliyal-Karwar-Belgaum belt.

MPCL continued to court trouble after the EIA fiasco. The deputy commissioner of Uttar Kannada district informed the state government that the public hearing conducted in January 2001 was nothing but a sham. "Representatives from the public had been tutored to ask specific questions," charges Leo Saldanha of ESG. At around the same time, the Karnataka forest department also refused to grant permission for the construction of the dam in the ecologically sensitive area.

B Shivalingiah of nodal agency Karnataka Renewable Energy Development Limited stresses: "Any project can be taken up only after no-objection certificates are issued by all the concerned authorities such as the Karnataka State Pollution Control Board, the department of forest ecology and environment, and those of irrigation and revenue."

With the rate of growth of consumption of electricity estimated at 5 per cent and its per capita consumption approximately 400 units, there is cause for trepidation in the corridors of power. Further, as political pressure fuelled by electoral compulsions mounts, the suspense for both sides in the conflict is bound to intensify.