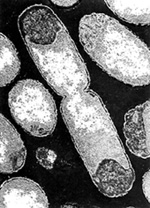 uk's national campaign to reduce resistance to the antibiotic sulphonamide has not worked, say researchers. And they put part blame for the rise of treatment-resistant bacteria on the overuse of antibiotics.

Over time, as bacteria are frequently exposed to a given antibiotic the bugs that survive mutate in order to resist the drug. In 1995 uk had restricted the use of the antibiotic in order to reverse the growing trend of sulphonamide-resistant bacteria. The result was a huge decline in sulphonamide prescriptions. But that has not affected the resistance developed by the bacteria ( Lancet , Vol 357, p1307).

A team led by Lucinda M C Hall, researcher at the St Bartholomew's and The Royal London School of Medicine and Dentistry, uk , tested samples of Eschirichia coli bacteria collected in 1991 and 1999. They found that sulphonamide resistance had actually increased after the imposition of restrictions. Forty six per cent of the 1999 Eschirichia coli samples were found resistant, compared with about 40 per cent of the samples collected in 1991. "These results show that a huge decrease in antibiotic prescriptions does not necessarily reduce resistance within a useful time nal prescribing restrictions have so far failed, the researchers offer severaperiod," says Hall.

"The study does not argue against a national antibiotic restriction as an effective resistance-control measure," Cunha writes in an editorial accompanying the report. However, he says, uk chose the wrong target. Limiting the use of one drug without treating its 'friends' similarly caused the failure. He recommends that governments restrict the use of what he calls "high resistance potential" antibiotics in humans and ban the addition of antibiotics to animal feed and products. Doctors should also, whenever possible, prescribe drugs with a low resistance potential, Cunha suggests.