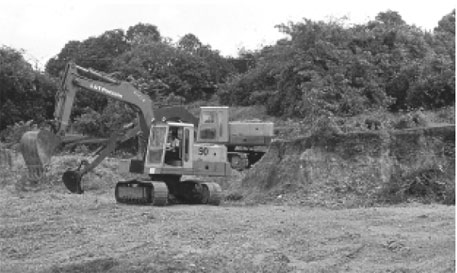 FOR the tourist, Goa is a kaleidoscope of pretty beaches, picturesque landscape and the beckoning sea. And the state has always been under pressure from industrial moguls and commercial ventures eager to rake in the big bucks that Goa’s tourism generated. So much so that ‘land conversions’ have seen a boom since the early 1990s.

The term ‘land conversion’ refers to the utilisation of fertile agricultural land for constructing ‘settlements’ or for industrial purposes. Since the early 1990s, land conversions have come to be linked with widespread political corruption, and intense real-estate speculation fuelled by the building boom in Goa, and also the growing demand for second-homes by expatriate communities settled abroad.

During this time, central Goa’s epicentre, Tiswadi taluka, located around Panaji, saw the largest amount of landconversions, with the central Goa taluka of Ponda and coastal north Bardez taluka following closely. An analysis of this phenomenon states that “the land conversion boom in Goa took off in 1990 (and) the possible reasons have to be studied in depth.” On an average, some 27.6 hectares of land was converted each year in Tiswadi between 1990 and 1995. In Ponda, the figure was 21.4 hectares, and in Bardez it was 18.2 hectares each year.

But behind these averages there is another trend: sudden spurts in landconversion activities taking place in certain years. Perhaps this reflects the unstable nature of Goan politics, and the proclivity of some politicians to opt for land-conversion as a means of increasing their clout and raking in the political office. For instance, in 1995, Bardez all of a sudden turned into a gold-mine. The result being that around 48 hectares of land was converted in that taluka in that year alone. In fact, official figures state that the real-estate boom was felt in Bardez particularly between 1993-95, when land conversions — an earlier unheard of phenomenon in this taluka — suddenly took a sharp upswing.

Experts studying the issue feel that the boom in construction of studio apartments and holiday homes — many of which, it may be added, are largely unoccupied — could have led to a higher land-conversion trend in the coastal talukas. The Ponda taluka, despite being inland, also had a very high land-conversion rate. It is felt this could have been due to its proximity to Panaji and the industrial projects and estates being set up there. Besides, it is also Goa’s premier temple town and a major pilgrimage centre. 