Suburban lifestyle is the cause behind numerous diseases, research authenticates 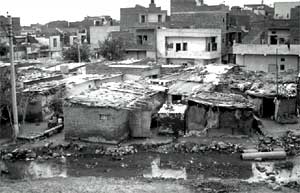 it is commonly known that land use changes have negative effects on public health. But till now no scientific verification was available for it. Recently Sprawl Watch, an environmental group, researched and proved the same. In a comprehensive report Creating A Healthy Environment: The Impact of the Built Environment on Public Health , the group highlighted the connections between suburban areas and rising rates of asthma, obesity and other health problems.

The report examined the public health effects of the broad physical and social environment, which includes housing, urban development, land use and transportation, industry and agriculture. "Every person has a stake in environmental public health, and as environments deteriorate, so does the physical and mental health of the people who live in them," said Richard Jackson, director of the us -based Centres for Disease Control and Prevention's (cdc).

Doctors and researchers of cdc found several primary connections between suburban sprawl and public health. For example, increases in the distance covered by vehicle have boosted air pollution and led to a rise in the incidences of respiratory diseases like asthma. Traffic jams caused by poor road planning emit tonnes of air pollution. Residential development can pose unique health and quality of life hazards, noted Jackson.

Suburban sprawl promotes sedentary living habits, the researchers found, by requiring residents to use their cars to do most of their work, rather than walking or riding a bicycle. These habits lead to a rise in the cases of overweight and obesity. Researchers have estimated that as many as 300,000 premature chronic disease deaths each year are due to obesity. Lack of pedestrian friendly features in a residential areas is one of the factors leading to illness and even death at times, the researchers found. In 1997 and 1998, 13 per cent of all traffic fatalities worldwide (at least 10,696 persons) were pedestrians.

"Land use decisions are just as much public health decisions as are decisions about food preparation," opines Jackson. "This report gives us a new vantage point to see more closely the inter-relationship between the built environment and our public health," said Allison Smiley, executive director at Sprawl Watch. "For the past three years we have studied the connections between sprawl and the environment, transportation and agriculture. With this report we can see that there is a definite connection between sprawl and public health. This can and should clearly now become an important new area of research."