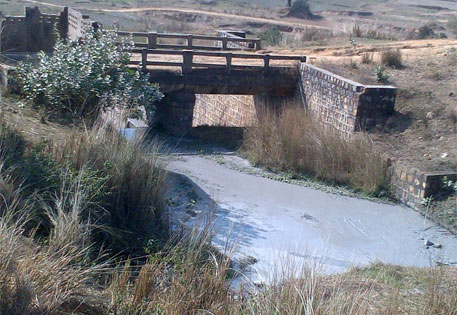 The US Environmental Protection Agency (EPA) last week announced the first national regulations on the safe disposal of coal combustion residue (CCR), or coal ash, from coal-fired power plants. The final rule establishes safeguards to protect communities from coal ash pond failures, such as the catastrophic coal ash spill at the Kingston Fossil Plant in Tennessee in 2008, and to prevent groundwater contamination and air emissions from ash ponds.

“The rule will protect our communities from the risk of mismanaged coal ash disposal units, and put in place safeguards to help prevent the next catastrophic coal ash impoundment failure, which can cost millions for local businesses, communities and states,” EPA administrator Gina McCarthy said in a press release. “These strong safeguards will protect drinking water from contamination, air from coal ash dust and our communities from structural failures, while providing facilities a practical approach for implementation,” she added.

The rule, under the Resource Conservation and Recovery Act (RCRA)—America’s primary law for regulating solid waste—requires any existing unlined ash pond that is contaminating groundwater to stop receiving ash slurry from power plants and to either retrofit or close. It also requires the closure of any CCR landfill or ash pond that cannot meet the applicable performance criteria set by EPA for location restrictions or structural integrity. The rule also provides clarity on requirements for coal ash landfills and ash ponds.

• New ash ponds must be constructed 1.5 metres (m) above the uppermost aquifer

• Ash ponds must have a lining consisting of two components—the upper component with at least 0.8 mm thick geo membrane (if it is high density polythene, then it must be at least 1.5 mm thick) and the lower component consisting of at least a 0.6mm layer of compacted soil

• No fugitive emissions from ash pond site are allowed. EPA suggests achieving it by wetting the ash with water to a particular moisture content that will prevent dispersal due to wind or by conditioning the ash with chemical dust suppression agent

• An annual CCR fugitive dust control report that includes a description of the actions taken by the power plant to control fugitive dust, a record of all citizen complaints and a summary of any corrective measures taken must be prepared

• Run-on and run-off controls must be provided for the landfills so that damage to the physical structure of the landfill by erosion can be controlled. EPA suggests a run-off control system to prevent flooding in the active ash pond from rains.

• Groundwater monitoring must be done in at least four wells—one up gradient and three down gradient. Boron, calcium, chloride, flouride, pH, sulphate, TDS to be monitored on a regular basis. If any abnormal variations are found then certain heavy metals should be monitored.

• An Emergency Action Plan must be formulated; weekly inspection of the ash ponds must be carried out.

Earlier, there was no regulation on ash disposals in the US. The country has traditionally considered ash a useful byproduct (see box below). However, after the Tennessee Valley Authority (TVA) plant’s fly ash pond spill in Kingston in 2008, ash received special attention as a waste stream which needs regulatory surveillance. The spill occurred due to a structural failure of one of the embankments. About a billion gallons of waste rushed out, flooding more than 121.4 hectares of land and polluting nearby rivers.

After this incident, many non-governmental bodies (NGOs) in the US also raised questions about the toxic content of ash and questioned EPA’s Coal Combustion Products Partnership (C2P2) programme, which encourages utilisation of fly ash by promoting awareness about the benefits of recycling. The NGOs petitioned the government to stop promoting the use of ash in the construction industry and to classify ash as a hazardous material, in addition to regulating its safe disposal by new legislations. However, the new ruling supports the responsible recycling of coal ash. Beneficial use of coal ash can produce positive environmental, economic and performance benefits such as reduced use of virgin resources, lower greenhouse gas emissions, reduced cost of coal ash disposal and improved strength and durability of materials.

India, unlike the US, mandates 100 per cent utilisation of ash. Ash is an even more problematic area for India as Indian coal has higher ash content.

However, more than 50 per cent of power plants, particularly the ones generating large amount of ash, do not meet the 100 per cent utilisation norm in the country says the Central Electricity Authority’s latest fly ash utilisation report. Given poor ash pond management practices of most plants in the country— some power plants directly let ash slurry into rivers—risks of damage worse than the Tennessee valley spill is likely. India does not have a comprehensive database on the number and dimensions of ash ponds in the country and, accordingly, an estimate of ash pond risk.