US approves better sunscreens to reduce cases of skin cancer

In Europe, ingredients are regulated as cosmetics, but in the US, sunscreens go through a process similar to drug approval, says news report 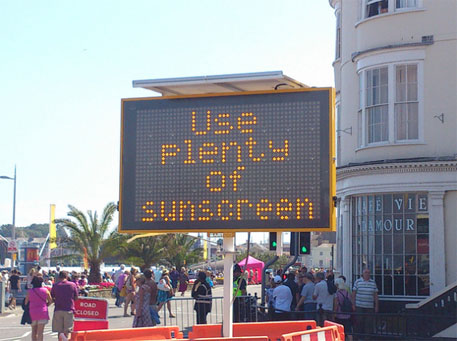 The US Senate on Wednesday passed a bill that aims at better sunscreen protection. The Sunscreen Innovation Act, introduced by senators Jack Reed and Johnny Isakson could bring new and effective sunscreen ingredients, already used in markets of Europe and Canada, and help reduce the rate of skin cancer.

More than two million are diagnosed annually, including 60,000 new cases of melanoma, resulting in 9,000 deaths, says a report published in a portal of non-profit Environmental Working Group.

“US sunscreen manufacturers are not able to use a number of effective and safe ingredients that are used in sunscreens sold in many other parts of the world because of the backlog of ingredients waiting for agency approval,” said Scott Faber, according to the report.

According to another report published in technology news website, called 20Tech, one of the reasons it takes so long for sunscreen ingredients to get approval in the US is because of the regulation process that the US Food and Drug Administration currently has in place. In Europe, ingredients are regulated as cosmetics, but in the US, sunscreens go through a process similar to drug approval, which takes longer and has more safety requirements.