US clears way for Shell’s oil exploration in the Arctic 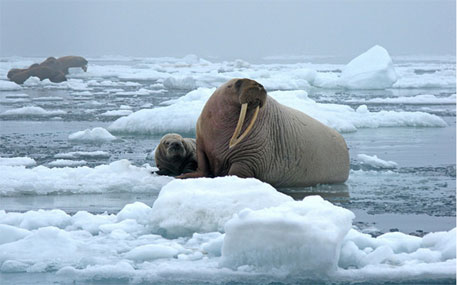 US’ Bureau of Ocean Energy Management (BOEM) has approved Shell Gulf of Mexico, Inc.’s oil exploration project in the Chukchi Sea, a minor sea in the Arctic Ocean, off the coast of Alaska.

In a statement issued on May 11, BOEM Director Abigail Ross Hopper said, “We have taken a thoughtful approach to carefully considering potential exploration in the Chukchi Sea, recognising the significant environmental, social and ecological resources in the region and establishing high standards for the protection of this critical ecosystem, our Arctic communities, and the subsistence needs and cultural traditions of Alaska Natives.”

BOEM was considering the company’s revised exploration plan and said it had consulted experts as well as tribal government representatives during the review process. It has asked Shell to acquire all necessary permits from federal agencies and environment and marine life protection authorities before starting drilling operations in the region.

But the clearance spells danger for the fragile ecosystem of the Arctic Ocean, say environment activists. International environment campaigning organisation Greenpeace has criticised US federal regulators for “catering to an ill-prepared company”.

"Shell has a history of dangerous malfunctioning in the Arctic while global scientists agree that Arctic oil must stay in the ground if we’re to avoid catastrophic climate change,” said Greenpeace Senior Research Specialist Tim Donaghy. “Shell’s exploration plan that the Obama administration just approved is yet another example of federal regulators looking the other way while Shell gets away with shortcomings that could lead to a disaster in the Arctic.”

An environment impact assessment released by the US Interior Department in February this year had stated that there was a 75 per cent chance of at least one large oil spill in the Chukchi Sea in the long term which would release more than 1,000 barrels of oil. In 2012, another Shell expedition fishing for oil deposits in the Arctic Ocean was jeopardised by problems such as bad weather and serious mechanical failures.

In April this year, Greenpeace activists had managed to climb aboard Polar Pioneer, one of Shell’s drilling rigs headed for Chukchi Sea, to protest against the project. The company succeeded in securing a temporary restraining order against the six climbers. Last week, Shell also secured an injunction from a federal court against other potential protestors of Greenpeace USA.

Meanwhile, the city of Seattle in the US is mired in a vociferous debate over allowing Shell to park its Arctic-bound ships in the city port. Citizens are coming together to protest against Shell’s oil exploration plans in the Arctic. They expressed their concerns in a Port of Seattle Commission hearing on May 12, asking it to cancel the lease signed with Shell.