US loses more than 10 million trees to California drought 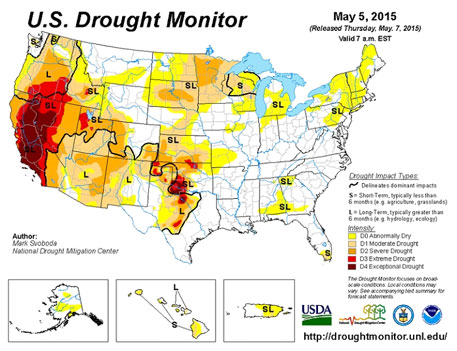 California is officially in its third year of drought. According to the Washington Post, the state has ordered water restrictions according to which showers will be shortened, laundry loads will be limited and yard sprinklers will most certainly be turned off.

A recent aerial survey by the United States Department of Agriculture (USDA) shows that in 2014, a large increase in tree mortality was observed in California, especially in the Central Coast and Southern Sierra Ranges.

The survey also found that out of the 1.7 million hectares that were surveyed, the area with mortality was 337,912 hectares and more than 10.5 million trees had been killed in this drought.  It is believed that dead trees pose a big risk of forest fires.