US plan to settle WTO disputes 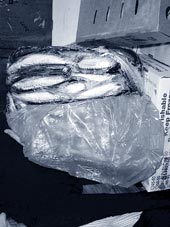 dispute settlement under the World Trade Organisation (wto) rules has been fraught with disagreements. The us has now put forth a proposal to grant countries that are parties to the dispute more control over such proceedings.

The plan was announced at the three-day meeting of the wto dispute settlement body held from December 16 to December 19, 2002. It suggests circulation of interim reports of the Appellate Body, which resolves disputes among parties, before the final report is prepared. If all parties agree, findings that are not helpful or necessary for resolving the row can be deleted.

In this regard, another controversial practice in the system is that of allowing 'amicus curiae (friend of the court) briefs' to help decide the case. Since protests at the Seattle wto ministerial meeting in 1999, the wto Appellate Body has chosen (more or less unilaterally) to accept briefs from those groups that are not members of wto, such as non-governmental organisations and industry groups.

This issue has been debated upon for long. Developing countries feel such attempts towards external transparency do not address the real issue of democratic decision-making among members.

The amicus curiae controversy erupted in September 2002, when a letter from the uk Consumers' Association helped Peru clinch a case against the European Commission (ec). Peru won a year-long dispute to market some species of fish like sardines in Europe. At the centre of the dispute was an ec regulation, which said that only products prepared exclusively from fish of the species Sardina pilchardus (Walbaum) could be marketed as preserved sardines. This species is found in European waters and largely fished by ec vessels, particularly in Spain.

What tilted the balance in Peru's favour was a letter by the uk Consumers' Association. The letter was prepared like an amicus curiae brief. The Appellate Body accepted the largest European consumer group's contention. The 10-page letter pointed out that the ec regulation was against the economic and information interests of European consumers and was protecting the Spanish fishing industry.

According to a standard set by the Codex Alimentarius Commission, species other than Sardina pilchardus had to be qualified by the name of the species or country or geographic area where they are found. Peru was selling 'Pacific sardines' in Germany until the ec banned them under the ec regulation, triggering the wto dispute in 2001.

The Appellate Body ruled that under wto Agreement on Technical Barriers to Trade, which came into force in 1994, countries must modify existing regulations in accordance with international standards.