US power sector headed for biggest decarbonisation ever 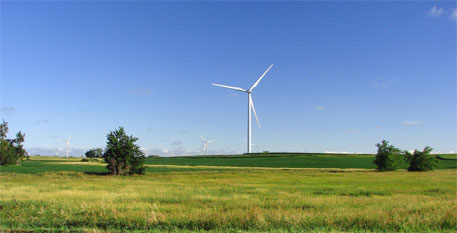 Increase in renewable energy capacity and coal retirements could lead electricity-related emissions in the US to fall to their lowest levels since 1994, according to Bloomberg New Energy Finance’s medium-term outlook for the American power sector.

The white paper estimates that the US will add 18 GW of new renewable energy in 2015, making it the highest installation of renewables than ever before. Half of all new solar installations will come up in California and a third of wind energy facilities will be developed in the state of Texas. The paper explains that developers of renewables facilities are working quickly to take advantage of federal tax incentives before they expire in 2017.

Bloomberg’s outlook also expects 2015 to be a record year for coal retirements. Power generators will stop the burning of coal for up to 23 GW of power or seven per cent of the country’s current coal capacity. The US government has now set limits on emissions of toxic pollutants like mercury and arsenic from thermal power plants, leading generators to stop burning coal and shift to natural gas instead.

Bloomberg estimates that these steps will lead carbon emissions of the sector to fall almost 16 per cent below 2005 levels.

“More interesting than the single-year drop in emissions are the ‘structural’ impacts that will live on for decades,” says William Nelson, head of North American analysis for Bloomberg New Energy Finance, in a statement. “Emissions can rise or fall year-to-year based on weather anomalies and volatile fuel prices—but in 2015, we’ll take a giant, permanent step towards decarbonising our entire fleet of power plants.”

The US is the world’s largest polluter historically and currently emits over 5,000 million tonnes of carbon dioxide annually. In a deal signed with China, the US pledged to cut its carbon emissions by 26 to 28 per cent by 2025 against 2005 levels. In March this year, US President Barack Obama signed an executive order directing US federal agencies to cut their emissions by 40 per cent by 2025 compared to 2008 levels.

Experts point out that these pledges are not ambitious enough to protect against climate change because by considering 2005 (instead of 1990) as the base year, the effective reduction in emissions is much lower, at only 15 to 17 per cent. Delhi-based non-profit Centre for Science and Environment says that to meet the 2°C target, US emissions should be at least 50-60 per cent below 1990 levels.