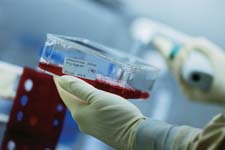 On April 11, 2007, the us Senate voted to lift a key restriction by us president George W Bush on the federal funding of stem-cell research. Ignoring Bush's threat of a second veto, the Democrat-controlled Senate passed the Stem Cell Enhancement Act of 2007. But it failed to get the two-third majority required to override an expected presidential veto (see 'Blocking science', Down To Earth, August 15, 2006).

In July 2006, Bush had vetoed the Stem Cell Research Enhancement Act of 2005. A few hours later, the us Senate voted to overturn Bush's veto, but could not gather a two-thirds majority. In January 2007, the us House of Representative again passed a similar legislation and fell far short of the numbers needed to override an expected presidential veto.

This is the second time that the Congress has tried to ease restrictions that Bush placed on stem cell research soon after assuming power in 2001. Bush had then vowed not to provide federal funding for stem cell research because many consider the destruction of embryos to be murder.

Reiterating his intention of vetoing the bill, Bush said he would sign into law an alternative measure that would fund research on embryos incapable of further development. Called the HOPE Act, the Senate had passed it shortly afterward voting against the federal funding for stem cell research. "I strongly support this bill, and encourage the Congress to pass it... so stem cell science can progress without ethical and cultural conflict," Bush said in a media statement.