Environmental groups are agitated that Washington's controversial interpretation of the Biodiversity Convention distorts the spirit of the treaty. 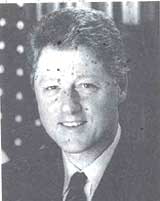 US PRESIDENT Bill Clinton had good news and bad news to announce on Earth Day, April 22, 1993. The good news is that he will sign the Biodiversity Convention -- something his predecessor George Bush refused to do. The bad news is that he intends to issue an "interpretative statement" that most observers say is sure to cloud the issue.

The US government is widely reported to have prepared a controversial interpretation of the accord. But the US embassy in New Delhi says, "The US has not issued an interpretive (sic) statement, nor has it decided what interpretive (sic) statement it will issue before it signs." But a press release issued by the United States Information Service in New Delhi a day later quotes White House sources as saying: "The weaknesses in the biodiversity treaty have been addressed to ensure the protection of intellectual property rights. An interpretative statement that the United States will issue before the convention is ratified, has broad support in the United States and around the world."

So what is the confusion all about? Greenpeace-US says vice president Al Gore's staff set up a group consisting of three pharmaceutical and biotechnology companies (Merck, Genentech and Shaman Pharmaceutical) and three environmental NGOs (World Wide Fund for Nature, World Resources Institute and the Environment and Energy Study Institute), to interpret the biodiversity treaty.

Their committee aroused a furore by twisting the spirit of the treaty to suit US industrial interests by stating in its interpretation that the US will pay or transfer technology only when it suits Washington. It also changes the thrust of the treaty from biodiversity conservation to protection of patents on products derived from indigenous plants and animals.

Such an interpretation by the US is not surprising, considering that Merck had made a deal in 1991 with Costa Rica's bio-research institute, INBio, for gene prospecting rights in return for financial support for biodiversity conservation (Down To Earth, February 28, 1993). The deal was cited as a model of cooperation between multinationals and developing countries and one of its proponents commented, "The question is whether as a matter of self-interest, it (the pharmaceutical industry) should from now on help bear the cost of the custodianship of nature."

Shaman Pharmaceutical also is helping to conserve biodiversity but in its own "self-interest". However, Shaman promises to furnish royalties from drug revenues to the government and the native community from whom the parent plant was procured.

Clinton proposed on Earth Day 1993 that a global nature conservancy fund be set up with contributions from the "developed nations and from pharmaceutical companies". The fund would be used to buy rights for extracting genetic material from rainforests for medical research.

US environmentalists have urged Clinton to repudiate the interpretation, accusing the six-member group that framed the controversial interpretation of seeking to undermine the Biodiversity Convention.