Agricultural residues could help in the making of energy sufficient talukas 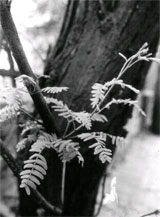 can India's dependence on imported fuels to meet her energy needs be reduced? The answer seems to lie in the creation of energy self-sufficient talukas (administrative blocks comprising about 100 villages) through biomass-based systems of energy generation, as suggested by a recent study by the Nimbkar Agricultural Research Institute (nari) for Phaltan taluka in western Maharashtra.

The nari study shows that enough resources are available within the geographical boundaries of the taluka for the sustainable development of energy systems based on agricultural residues. The taluka produces about 100,000 tonnes (t) of surplus agricultural residues (sugarcane leaves, and wheat and sunflower residues), which are mostly burnt in the fields.

The strategy for supplying the energy needs of Phaltan by ad 2000 envisages electricity production through two 22 mw power plants, supplemented by cogeneration from two existing sugar factories in Phaltan taluka, the total crushing capacity of which is 3700 t of cane per day. The power plants will use about 60,000 t of agricultural residues. In addition, fast growing trees like Prosopis and Luceana will have to be planted on about 16,000 ha of land (14 per cent of the total taluka area) to meet the fuel demand of these power plants.

The liquid fuel supply option can be based on ethanol production from sweet sorghum and molasses from sugar factories, as a substitute for petrol and liquid petroleum gas (lpg). This can be supplemented by pyrolysis oil production from biomass residues as a substitute for diesel and kerosene. If the 48,500 ha land in Phaltan taluka under grain sorghum is supplanted by sweet sorghum varieties developed by nari, this can supply about 12,000 t of grain and will meet the fodder requirements of the area. At the same time, it can produce 9.6 million litre (ml) of ethanol while molasses from sugar factories can produce an additional 5.6 ml. The ethanol distilleries can also produce about 3.8 million cubic metre of biogas, which will not only supply power to the distilleries but will also take care of a part of the distillery effluents.

Pyrolysis oil is produced by rapid decomposition of biomass residues by treating them with heat. The 40,000 t of agricultural residue that is not used by the power plants, together with surplus biogas from the sweet sorghum distillery can produce 45,000 t of pyrolysis oil, which is sufficient to meet the diesel and kerosene requirements of the taluka. With these supply options, about 26 hundred million mega joules (mj) per year of energy can be supplied to the taluka as compared to the demand of 25 hundred million mj per year by ad 2000.

But with all agricultural residues being used for energy production, there may be a critical shortfall in the availability of bio-fertilisers. The study has shown that with better management of night soil and composting of available vegetable waste through vermiculture, the fertiliser demands of Phaltan taluka can be met. In talukas where the output of agricultural residues is not sufficient to meet the energy demand, other renewable sources of energy can be used to supplement the biomass energy.