Uttarakhand disaster robs Congress of all seats in state

In February this year, the UPA had replaced Vijay Bahuguna with Harish Rawat as chief minister of the state 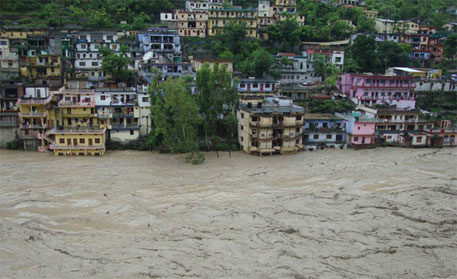 Mismanagement and failure to provide succor to the victims of 2013 Uttarakhand disaster has cost Congress all the five seats—Almora, Garhwal, Haridwar, Nainital-Uddham Singh Nagar and Tehri Garhwal.

Even a year after the Uttarakhand floods that left the state crippled and destroyed much of its infrastructure, people are still awaiting rehabilitation. They spent severe winter months in makeshift tents and the roads that were washed away by the floods have still not been restored. Widespread media reports of mismanagement and embezzlement of rehabilitation funds have led to resentment among residents. The approaching monsoons has given rise to fears that the weakened mountains would not be able to withstand another spell of extreme rains and cloudbursts.

With Bharatiya Janta Party (BJP) and Aam Aadmi Party stepping up their campaign against Congress, UPA replaced Vijay Bahuguna with Harish Rawat as chief minister in February 2014. But the latter, too, failed to control the damage.

Soon after assuming office in Uttarakhand, Rawat had said that rehabilitating people affected by the flood disaster last year would be his top priority. He was expected to do a lot in a short period as the state was going for panchayat elections in March and the model code of conduct coming into force.

Rawat made two significant moves to set things right. One was to sanction special powers to SDM to approve reconstruction and rehabilitation work costing up to Rs 1 crore and to exempt reconstruction work of up to Rs 25 lakh from tendering process.

“This gave local contractors monopoly and they siphoned off whatever little money was left with the system,” says Shamsher Singh Bisht, a veteran activist and social movement leader of Uttarakhand.

Rawat had fielded his wife Renuka from Haridwar seat while for chief minister Bahuguna’s son, Saket Bahuguna, contested from Tehri Garhwal. But, both failed to garner votes.
Interestingly, CPI-ML showed significant increase in the number of votes. The party had been running campaign for welfare of farmers in Nainital and Uddham singh Nagar. During the floods, CPI-ML candidates were seen reaching out to far flung areas that had suffered severe damage.

“The relief work that the party did during floods could be attributed to the increase in number of votes that we secured these elections. We will continue to strive despite the results,” said Indresh Maikhuri, CPI-ML candidate from Garhwal who won about 5,000 votes in 2009 Lok Sabha election.
Web edition Web edition News News News Vijay Bahuguna Vijay Bahuguna Uttarakhand results 2014 Lok Sabha election Harish Rawat Harish Rawat election 2014 Congress Aam Aadmi Party
SUPPORT US