Uttarakhand to introduce its own food security scheme 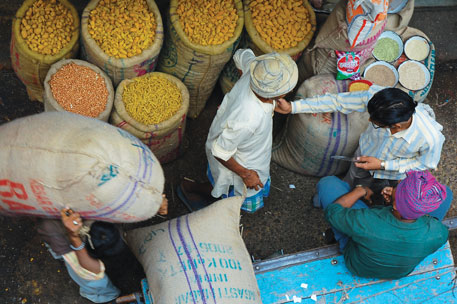 The Uttarakhand government has decided to introduce its own food security scheme following rebuff from the Centre over delay in arrangements to properly implement the National Food Security Act (NFSA). The state had rolled out NFSA on July 1 and had asked the Centre for allocation of extra foodgrains to meet its commitment to the added list of beneficiaries, which the Centre refused.

The state's decision to implement its own scheme was taken by Chief Minister Harish Rawat during a Cabinet meeting on Saturday.

Talking to Down to Earth, a senior official from the food and civil supplies department, on condition of anonymity, said, “Modalities of the scheme are still being worked out. It would cater to below poverty line (BPL) and above poverty line families (APL) and will cost the state-exchequer Rs 350 crore.” Under the scheme, BPL families would get 35 kg of foodgrains each per month. This would comprise of wheat at Rs 4.15 per kg and rice at Rs 5.65 per kg. For APL families, the quota of rations is 15 kg each per month; for them wheat will be priced at Rs 5 per kg and rice, Rs 7 per kg.

The prices of foodgrains under Uttarakhand food security scheme would be more as compared to subsidised foodgrains under NFSA. Under the national Act, beneficiaries are to be provided rice, wheat and coarse grains at Rs 3, Rs 2 and Re 1, respectively. The law provides 35 kg of foodgrains to a family (For details read: A bill to secure food for poor).

The official, however, said the state scheme would have more outreach as compared to NFSA. He refused to disclose details, stating that everything would be revealed once the finer details are worked out.

Earlier this month, the Central government had told Uttarakhand government that allocation of food grains to it under the NFSA will be considered only on successful completion of computerisation of the state's public distribution system (PDS) hand satisfactory arrangements for delivery of food grains at the doorsteps of beneficiaries.

The letter dated August 4 stated that with the existing PDS Uttarakhand would only get food grains allocated under “targeted” PDS given by the Centre to people below poverty line, whom the state identifies. Once the arrangements are completed and checked, only then state government will be considered for its quota under NFSA, the letter states. The move has not only upset the state government, but also put it in a fix as it had already started implementing NFSA.