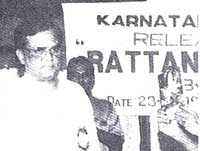 The Karnataka forest department will launch joint forest planning and management programmes beginning this September, according to forests and wildlife minister M P Keshavamurthy. The programmes are intended to "obtain the willing participation of forest-based communities in an active effort to check the state's fast degrading forests". Official surveys indicate only 31 per cent of Karnataka's forests are in a satisfactory state.

Keshavamurthy conceded that government attempts to manage state forests had led to considerable hostility between local communities and state forest authorities. "Effective implementation of the joint programmes will end this tension," Keshavamurthy assured.

The programmes, to be introduced in the state's most degraded forests, will be area-specific and will be operated by village forest committees that are yet to be established. The committees would be associated with the management and execution of the programmes at all stages and will have a 50 per cent share in the proceeds obtained from sale of forest produce. The other half will be credited to village forest development funds.