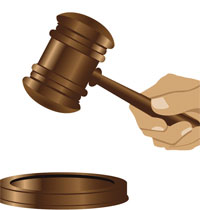 In what is seen as a costly victory for free speech, a UK court dismissed a libel claim against the science journal, Nature. Egyptian physicist Mohamed El Naschie filed the claim in 2009 after Nature reported he abused his position as an editor of a journal to publish numerous self-authored papers without subjecting them to peer review.

The article claimed that in 2008, El Naschie wrote 60 papers of dubious quality for the journal, Chaos, Solitons and Fractals. El Naschie had founded the journal in 1991. Nature’s chief magazine editor Tim Appenzeller described the judgement as a “ a great vindication for Nature’s journalism and for free speech.”

But reformers wanting a change in the UK’s defamation laws were not impressed. Sile Lane of science popularising group Sense About Science, said, “I am glad that Nature has won. But what a shame that it took the magazine three years, and I am sure the victory would have come at a ferocious cost.”