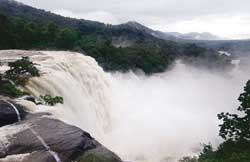 In a recent verdict, Kerala High Court has quashed the environmental clearance accorded to a hydroelectric power (hydel) project by the Union ministry of environment and forests, and has cautioned the ministry to conduct public hearings before granting any such clearances.

The order came in the context of the controversial Rs 1,000-crore Athirappally hydel power project near Kochi, which would generate 163-megawatt electricity.

The court was deeply disturbedover the callous and negligent manner in which the authorities concerned hadhandled the issue of environmental clearance for this hydel project. The authorities were expected to follow stipulated procedures by inviting all the bona fide residents in and around the area, environment groups and all those likely to be affected to participate in the public hearing," observed the division bench. But in case of the Athirappally power project, it was seriously violated.

If implemented, the project would destroy 130-hectare evergreen forest, a rare habitat of hornbills, and would leave two waterfalls completely dry, thereby affecting the groundwater table of the area, say environmental groups. The project would also cut off the elephant corridor between Parambikulam wildlife sanctuary and Poovamkutty forests, they say.

Meanwhile, the court has directed the Kerala State Electricity Board to ensure public hearing within two months and apply afresh for environmental clearance.