The research was conducted in five US cities, representing climates found throughout the world 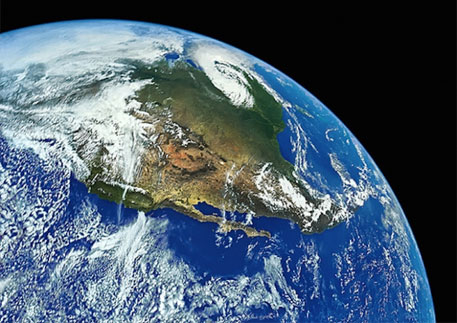 Climate change and warmer temperatures have now given us a new reason to worry about. A study conducted by doctors from The Children’s Hospital of Philadelphia, USA, has found a link between an increase in ambient temperatures and the occurrence of nephrolithiasis (stones in kidney).

The condition, where small lumps, usually made up of calcium, get deposited inside the kidney, is not only painful but also has a very high probability of recurrence. If these stones do not get out of the body naturally through urine, a surgery is needed to remove them. In some cases, the condition may also lead to kidney failure.

The team studied medical records of 60,000 cases, including adults and children, which occurred between 2005 and 2011. These cases were from metropolitan areas of five different US cities, representing varying climates found throughout the world.

Of the cities studied, Atlanta, Dallas and Philadelphia have humid subtropical climates with hot summers and cool winters. Chicago has continental climate, with hot summers and cold winters, and Los Angeles has a Mediterranean climate, with mild temperatures all year round. "We found that as daily temperatures rise, there is a rapid increase in the probability of patients presenting over the next 20 days with kidney stones," said study leader Gregory E Tasian, a pediatric urologist and epidemiologist at The Children's Hospital of Philadelphia.

It was found that the risk of developing stones in kidney increased as mean daily temperatures rose past 50° Fahrenheit (10° degrees Celsius) in all the cities, except Los Angeles. Furthermore, it was also observed that the risk for many spiked after being in high temperatures for three days or more.

Hot temperatures cause loss of water, concentration of urine and low urine pH. All these factors promote the saturation of calcium and urea. In areas with low humidity, regardless of the temperature, more water is lost through the skin.

The paper also estimated an increased risk in colder areas like Atlanta, Chicago, and Philadelphia, hypothesising that people spent more time indoors in warmer indoor temperatures, and so were more likely to develop stones than normal.

The study also outlined its implications in the context of climate change. "Kidney stone prevalence has already been on the rise over the last 30 years, and we can expect this trend to continue, both in greater numbers and over a broader geographic area, as daily temperatures increase," concluded Tasian. "With some experts predicting that extreme temperatures will become the norm in 30 years, children will bear the brunt of climate change," he added.