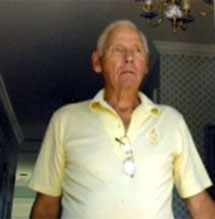 Warren Anderson, who was the chief executive officer of Union Carbide Corporation when the Bhopal gas tragedy occurred, died in hospital as per media reports.

Anderson died on September 29 at a nursing home in Vero Beach, Florida. His death was not announced by his family members and was confirmed from public records, the New York Times reported.

Incidentally, Anderson died when Indian Prime Minister Narendra Modi was visiting the US to attend the UN General Assembly.  Modi reached US in the night of September 26.

News regarding the death of Anderson has appeared just ahead of the 30th anniversary of Bhopal gas disaster which occurred on the midnight of December 2 and 3, 1984, when the poisonous gas leak occurred in the now-defunct Union Carbide plant in Bhopal. It was the worst industrial disaster recorded till date in which more 3,500 people died and thousands are still suffering its health impacts on their health. These survivors are suffering from serious diseases like lung cancer, kidney failure and liver diseases.

Starting as a sales representative of Union Carbide, Anderson went on to become chairperson of the company. The Bhopal gas tragedy changed his whole life and he disappeared from public eye.

After the mishap, he flew to Bhopal and was arrested soon. He, however, got bail and managed to flee India with the help of the then government in power. In 1986, at age 65, he retired from Union Carbide.

In 1989, Union Carbide paid $470 million to the Indian government to settle litigation stemming from the disaster. However, the demand to punish Anderson, continued.

The Indian government made multiple requests for his extradition and officially labelled him a “fugitive”. A judge had also called him an “absconder” in the case but he managed to evade Indian law with the help of the US administration.

What happens to court case now?

The death of Anderson raises questions about the fate of the Bhopal gas tragedy case even as the gas tragedy survivors in Bhopal await justice.

Experts say his death will definitely end his personal criminal liability. However, the case seeking punishment of other officials, compensation, and rehabilitation will continue.

Satinath Sarangi who runs Sambhavna Trust and clinic for the gas victims says people are facing serious health problems and that death of Anderson will not change the struggle to get justice.

Similarly, Abdul Jabbar, an activist fighting for gas victims, says, Modi did not raise the issue of Bhopal Gas Tragedy during his US visit which shows he is not concerned about gas victims and has different priority.  He believes that nothing will change on ground. Struggle will continue till victims get justice, he added.

Purnendu Shukla, member of monitoring committee constituted by the apex court, said death of Anderson can bring some change on the ground and can rejuvenate the people's movements fading gradually.

Satish Tiwari, an advocate in Jabalpur High court, spoke about Anderson's extradition case. "It was known to almost all that Anderson could not be brought to India. He had full support of his government and India visibly lacked the will power to do anything about it.

Judgment on the Bhopal Gas Disaster: In the Court of Bhopal, dated 7th June 2010