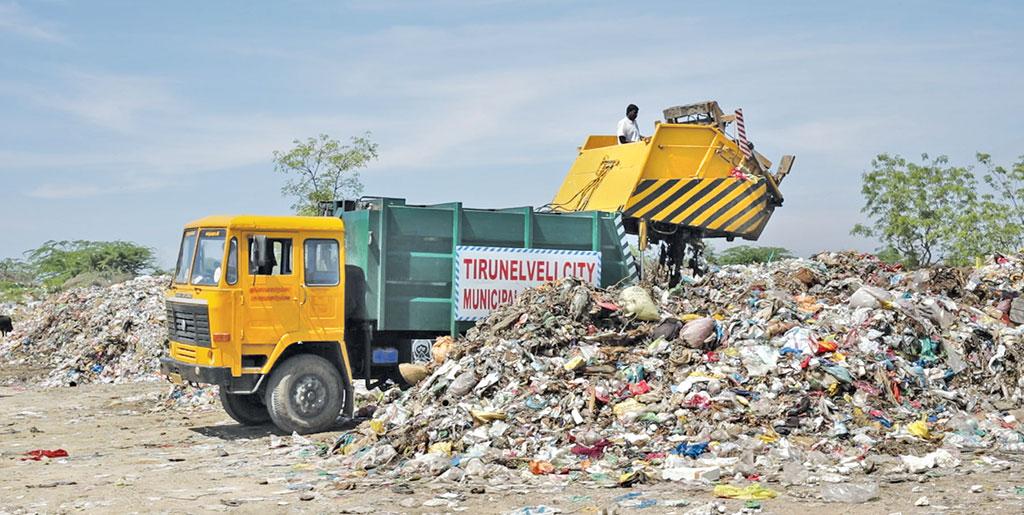 Situated over 600 km from Chennai and with a population of about half a million, Tirunelveli has received accolades not just in its home state of Tamil Nadu but also at the national level for its waste segregation efforts. Similarly, Balaghat in Madhya Pradesh, some 400 km from Bhopal with a population of about 84,000, has been undertaking steps to preserve its pristine environment by managing waste better. A team from the Centre for Science and Environment (CSE), New Delhi, travelled to both cities in November 2017 to understand their waste handling and treatment systems.

There is no denying that Tirunelveli has undertaken various waste segregation initiatives and has been praised by the Swachh Bharat Abhiyan and the US Green Building Council. Except for plastic waste, which is collected separately once a week, other mixed litter comprising organic materials, paper, low-value plastics, domestic hazardous and inert waste is being dumped in the Ramyanpatti Compost Yard, an old landfill on the outskirts that has been converted into a waste management processing site. Ironically, no composting takes place in the yard, where the mixed waste is dumped in trenches previously made for the purpose. The municipal corporation has installed a plastic pelletisation plant in the yard.

The site has been capped in a scientific manner by a private company called Zonta Infratech, however, there is widespread burning of waste there.

Tirunelveli’s ex municipal commissioner, Siva Sivasubramanian, launched a campaign called Litter-Free Tirunelveli or LIFT in December 2016 under which it was decided that collection of dry waste would take place on Wednesdays and that of wet waste on the other days in all 55 wards. “The city also passed its by-laws last year in compliance with the Solid Waste Management Rules, 2016, and collects user charges accordingly,” says M Shahul Hameed, sanitary inspector of the Thachanallur zone. Under LIFT, 9-10 tonnes of plastic waste is collected every week. While it is commendable that people from around 178,000 households hand over segregated plastic waste to some 300 waste collectors, there is no segregation or safe disposal of glass, metal or other dry waste. The collectors, on the field from 6 am everyday, can sell the plastic waste directly to the recognised scrap dealers for Rs 2-3 per kg. Whatever is not bought by them is purchased by the municipal corporation, which gives the waste to a private firm that segregates it further for recycling. LIFT also puts pressure on the bulk generators to segregate their waste at source and treat it in a decentralised manner. 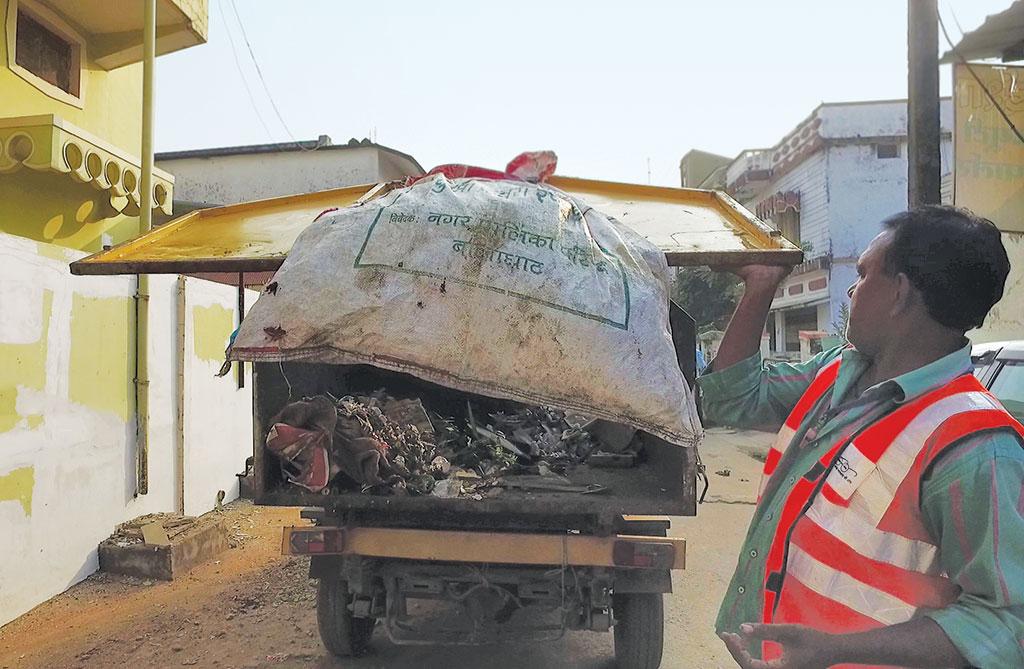 On the banks of river Wainganga and in between teak forests of Kanha National Park and Pench Tiger Reserve lies the small rural Balaghat. Its officials, after attending a training programme by the CSE, kicked off their pan-city solid waste management efforts like total door-to-door collection of waste and generating awareness on segregating waste so that it is processed. The city looks cleaner now and there is less plastic choking its waterbodies. Vikas Padle, a resident, says, “Earlier, people used to litter the roads, but not now. Also, animals don’t end up eating plastic litter.”


Women volunteers studying in colleges campaign door-to-door. The municipal corporation conducts composting of horticulture waste in parks and garden areas where it has also erected signboards to increase awareness. It wants to encourage people to carry out composting on their own at home. The residents now know they need to keep wet and dry waste separately and are trying to abide by the rules. During collection, the vehicle plays the Swachh Bharat song or the waste collector blows a whistle as a signal. The collectors tie a gunny bag behind the truck to store the plastic waste that residents give separately. Pradeep Paranjpe, incharge of health and sanitation, says, “We emphasise on training the waste collectors as it is crucial for them to understand how to collect and transport waste in a segregated manner.”

Earlier, mixed waste was being dumped at a site outside the city, and the people living nearby were complaining of health ailments. The site has now been transformed into a material recovery facility where waste from the city is taken for secondary segregation. Paranjpe adds, “By secondary segregation, we have increased the segregation percentage from 15-20 per cent to 80 per cent. It has also enabled us to earn Rs 25,000 from selling recyclable plastic.” The sanitation workers make compost out of the wet waste at the site everyday, and segregate the recyclable and non-recyclable plastic waste. When a certain amount of recyclable plastic is collect, it is sold to scrap dealers.

There are also plans to use the non-recyclable waste to make refuse-derived fuel. Moreover, the city is trying to tackle solid waste pollution by promoting biodegradable sanitary napkins and using buried waste from the site to make a kachha road. Balaghat does not even have a separate sanitation unit in its municipality, but the health division of the urban local body is making these incredible efforts, and we hope in the future, it will achieve other milestones, including becoming a zero landfill city.

For Tirunelveli, the need of the hour is to set up a system that supports segregation of all waste streams to ensure they are channelised properly. While it is segregating recyclable plastic waste very well, it still has a long way to go to match the 100 per cent waste segregation accolades it has recei ved. This also puts a huge question mark on the authenticity of such recognition. Meanwhile, Balaghat is a leading example of what can be achieved even without having a separate sanitation unit and lack of technical guidance and support.

('This article was first published in the 16-31st March issue of Down To Earth).