Women bear the brunt of Africa's urban disasters, such as the collapse of landfills 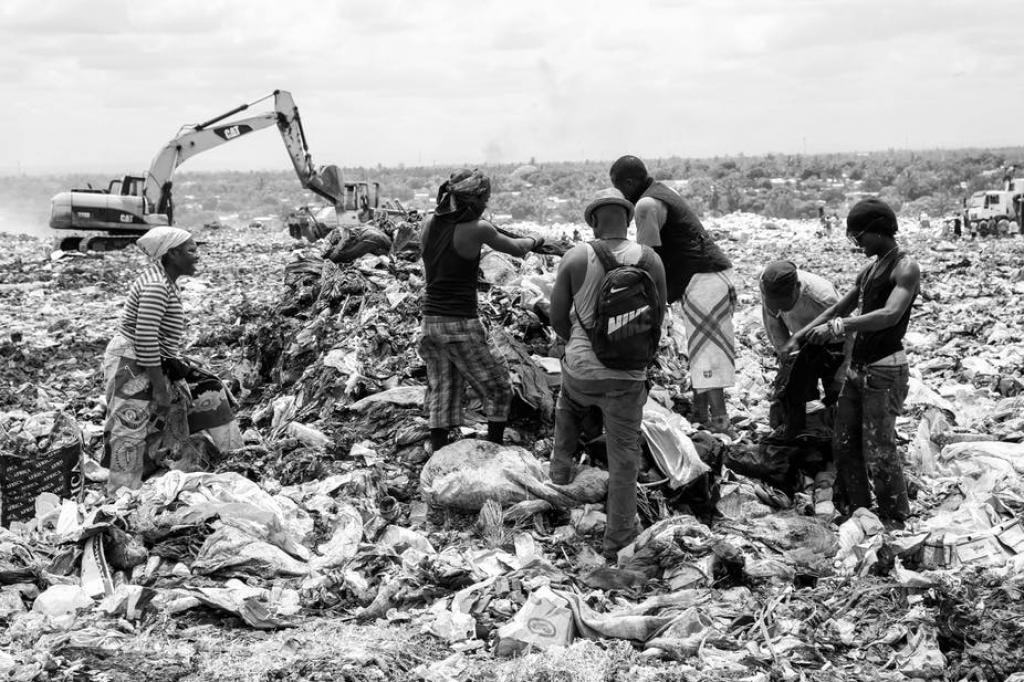 115 people were killed in the Koshe disaster; 16 were killed in Hulene. In both instances, the reports focused on the conditions of the individuals and families who lived either on the surface of the respective mountains of garbage, or in the shadows of the towers of trash.

In both instances, the general reporting gave little or no notice to the gender dynamics in the tragedy. In Ethiopia, 75 women were killed by the avalanche of trash. In Mozambique, 12 women perished.

When it comes to urban disasters - both natural and otherwise - death has a gender. A study that examined 20 years of natural disasters in 114 countries found that, in each case, the disasters killed more women than men. Quoting data from the Pan American Health Organisation, the study also found that women’s disaster mortality is higher than men’s because women have less access to resources.

If one looks at the natural disasters occurring in cities, the picture becomes even clearer. More women than men die because of their position in society, and where they live and work. For example, when an earthquake struck Mexico City in 2017, of the 198 fatalities, 127 were women, 71 men.

Why? According to sociologist Patricio Solis more women died because of the “segregation of women and of gender roles.” Since the earthquake struck in the early afternoon, many of the women killed were homemakers or domestic workers. Others were labourers at a garment sweatshop where almost all the workers were women, and the rest worked at a school where majority of the employees were women.

Life in the landfills

In 2017, social anthropologist Caroline Knowles described Koshe as a giant, smokey landfill site frequented by large birds of prey, wild dogs. Amid the birds, dogs and smoke, yellow bulldozers shift and level the garbage which is dumped by municipal and flatbed trucks. Human beings also forage in the landfill.

The situation in Hulene is similar. The Hulene dump site is one of the 50 largest dump sites in the world. In Mozambique, waste pickers are known as catadores, or collectors, a term imported from Brazil. The catadores are predominantly women, most of whom are between 40 and 50 years old. Men work the trucks at the entrance to the dump while women work inside the dump.

Hulene is the only dump in Maputo, a fast growing city of close to 1.2 million residents. In 2017, it was estimated that Maputo produced 1,100 metric tons of waste every day. Hulene is uncovered, and open 24 hours a day, every day. There is no treatment of waste. Bulldozers dumps mountains of solid waste, which then festers. These mountains of fetid, toxic waste “frequently self-ignite.”

Hulene has long been running beyond its capacity, and its closure has been discussed for years.

Women at the heart of disaster

Over 65% of those killed at Koshe were women. In Hulene, 75% of those killed were women. There is no surprise in these ratios. Addis Ababa and Maputo are fast growing cities and as such, Koshe and Hulene are the physical expression of the consequences of rapid urban development in its disproportionate effect on poor city women.

In both Maputo and Addis, women eking out a living from the fetid and putrid refuse of daily urban living constitutes the human face of contemporary urban development.

The coverage of the tragedies largely ignored the gender disparities in both Addis and Maputo. While the news media did mention that the majority of those killed in Koshe were women, there was very little attention paid beyond that.

In Hulene, only local Mozambican media noted the disparities between the male and female fatalities.

It’s time for cities to address the gendered morbidity of their urban development programmes, and for the news media to pay greater and closer attention to the predictable gender dynamics of women in urban disasters.

On top of that, waste pickers should be supported in their fight to be recognised as bona fide workers. Some victories have already been won through, for example, cooperatives such as RECICLA in Maputo, which is run by women waste pickers. In Addis Ababa, waste pickers are represented by various formal and informal actors including international NGOs. Here also, women are at the core.

Ensuring that waste pickers are documented and regularised would help. As would paying more attention to their health and safety.

But both cities must also address the dangerous conditions of both Hulene and Koshe which have been publicly acknowledged for a long time. Definitive action must be taken to either shut them down, or to sanitise them.