Chief ministerial candidate Devendra Fadnavis was instrumental in unearthing the irrigation scam; many candidates who worked on water conservation or brought irrigation water to their constituencies also won their Assembly seats 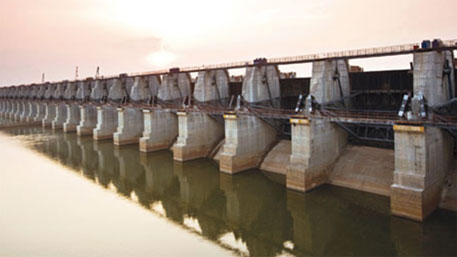 Whether it was the irrigation scam that the Bharatiya Janata Party (BJP) helped unearth in Maharashtra, or successive and severe droughts that the state suffered, water played a pivotal role in the party’s landmark victory in Maharashtra. As counting of votes neared its end on Sunday, BJP emerged as the largest party, falling short of a simple majority of 145 seats by 20 odd seats.

Water swayed votes this time around not just at the state level but also at the constituency level, and candidates who worked either for water conservation or for getting dam water for their constituency have won the voters over at the local level.

The Nationalist Congress Party (NCP—the party in power in the state along with the Congress for the past 15 years), which has maintained an iron grip on the water sector in the state, saw its seat count slashed severely in Marathwada, the stronghold of the sugar lobby. Good examples are Aurangabad, where the NCP lost two seats, one each to the BJP and Shiv Sena, and Majalgaon in Beed district, where R T Deshmukh of BJP defeated NCP stalwart Prakash Solanke.  “This has happened in the heart of the sugar industry,” says Parineeta Dandekar of South Asia Network of Dams Rivers and People, “The sugar lobby has controlled water in the Marathwada region for decades, and the verdict shows that people will not have it any more.”

However, the NCP has still won 42 seats, and its water baron, Ajit Pawar, has won the coveted Baramati seat. So the blow, while quite severe, has not been a fatal one.

Nagpur South-West sitting MLA Devendra Fadnavis being projected as a chief ministerial candidate also went in favour of the BJP in a big way. Fadnavis had a major role in bringing the irrigation scam, worth between Rs 70,000 and one lakh crore, to public attention, and as chief minister, he is being seen as capable of cleaning up the rot in the system (see ‘Reservoir of corruption’. The scam surfaced at a time when drought was ravaging the state and proved to be the final straw that broke the camel’s (read Congress-NCP alliance) back. “The UPA has done nothing to bring water to the people,” said Namdeorao Sarote, Armori tehsil (Gadchiroli) president of the Itiadoh Project Level Water Users Association and a resident of village Gothangaon, “They have only filled their own coffers while people suffered.” 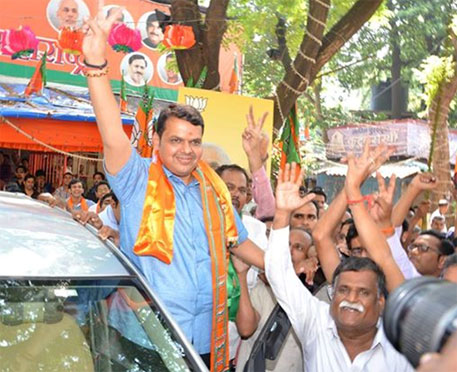 The UPA’s blatant attempts to cover up the scam hardly escaped public notice and only served to reinforce the image of the UPA as a corrupt and ineffective government. “NCP has done huge publicity, but done nothing for either irrigation or water conservation,” says Sanjeev Unhale, Aurangabad editor of the news daily, Lokmat, “They have grabbed all the big contracts for dams and watershed work, but all that has come of it is large-scale corruption.”

Give water, get votes

At the local level too, votes have gone to candidates who have worked for water. This is true not just for the winning BJP, even UPA sitting MLAs who have retained their seats include those who made water their priority.

Congress candidates Rahul Bondre from Chikhli (Buldhana) and Kunal Patil from Dhule rural (Dhule) have retained their seats primarily due to their work on water. “Patil has won twice on the issue of water,” says Suresh Khanapurkar, innovator of the Shirpur model of water conservation.  “Just goes to show that people don’t care for the party, they care for water.”

In Nagpur, BJP stalwart and Union minister for transport Nitin Gadkari reaped the benefits of his work of setting up Shirpur-pattern weirs in village Bhemandi and Jamni.  This time around, Morshi BJP MLA Anil Bonde, who was part of the endeavour, has retained his seat.

Ganpatrao Deshmukh from Sangole (Solapur) has won a seat for the virtually unheard of Peasents and Workers Party of India (PWPI), again, purely on the basis of his work in the area of water.
The combined presence of Gadkari and Fadnavis has also influenced Nagpur as a whole as all five seats in the city have gone to the BJP. Corruption in urban water supply under the 24/7 water supply scheme contributed as much to this verdict as the demand for a separate Vidarbha.

Other “watermen” from the BJP who have made it into the Legislative Assembly include Vijay Shivtare from Purandar, Haribhau Bagde from Phulambri (Aurangabad) and Prashand Bumb from Gangapur.
BJP needs watercourse correction

However, while the increased involvement of people’s representatives with water issues is certainly a cause to celebrate, water workers caution that the work being done by political people lacks vision. “The work being done is mostly partial and not sustainable,” says Popatrao Pawar, sarpanch of Hivre Bazar village in Ahmadnagar district, who is credited for transforming his village from drought-stricken to water-rich through creative use of funds allocated under rural job scheme, MGNREGA. “Politicians are mostly constructing check-dam chains, but there is no effort towards soil conservation, afforestation and other measures which make watershed work sustainable. The check-dams will get choked in a few years.”

Khanapurkar complains that the work done under Shirpur pattern in Nagpur and Morshi are not properly done. “The politicians are not committed to technically correct and result-oriented work – they just do it as a political ploy to win votes.”

The BJP will have to correct this populist tendency in its people’s representatives if it is to keep the advantage it has gained.

Report of the Comptroller and Auditor General of India on management of irrigation projects: Government of Maharashtra