Almost 75 per cent of the district depends on properly designed septic tanks; around 25 per cent of it uses biogas-linked toilets at the household level 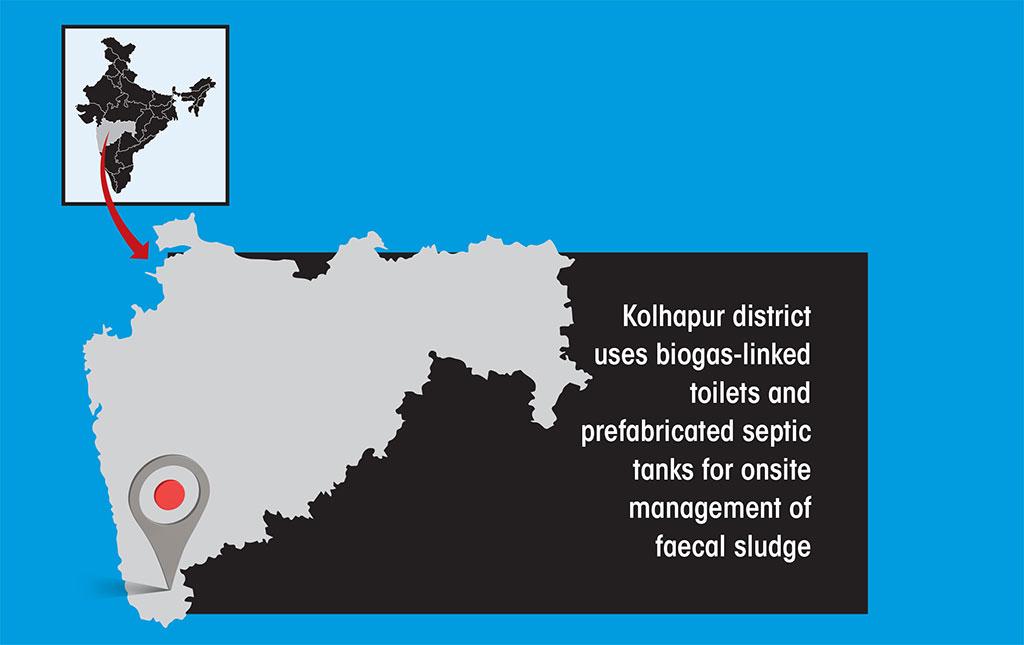 On October 2, 2022, India marks the 153rd birth anniversary of Mahatma Gandhi. As is well known, Gandhiji always laid emphasis on cleanliness and sanitation.

“Unless we rid ourselves of our dirty habits and have improved latrines, Swaraj can have no value for us,” he had stated. “Sanitation is more important than independence,” he had added on another occasion. Gandhiji focussed on cleanliness and sanitation whether in South Africa or in India.

Down To Earth pays homage to the ideals of Mahatma Gandhi regarding cleanliness by profiling villages and districts across India where people have worked to radically improve their lot through better solutions for drinking water and sanitation.

The district has taken special care to implement correctly designed septic tanks to avoid groundwater contamination. The septic tanks are designed to ensure a proper retention period for the faecal sludge to minimise the need for extended treatment of semi-treated sludge desludged from the tank.

Almost 75 per cent of the district depends on septic tanks. Around 25 per cent of the district uses biogas-linked toilets at the household level — the management of faecal sludge required in these toilets is zero as the sludge is converted to biogas. Communities have widely accepted these toilets and they can be managed easily at the household level.

Under Nirmal Gram Abhiyan, the sanitation programme replaced in 2014 by Swachh Bharat Mission, around 90 per cent of the villages in Kolhapur district were declared open-defecation free.

Kolhapur district has installed two-chambered septic tanks in households. This ensures proper settling of faecal sludge within the first chamber and no overflow of sludge to the second chamber of the septic tank. 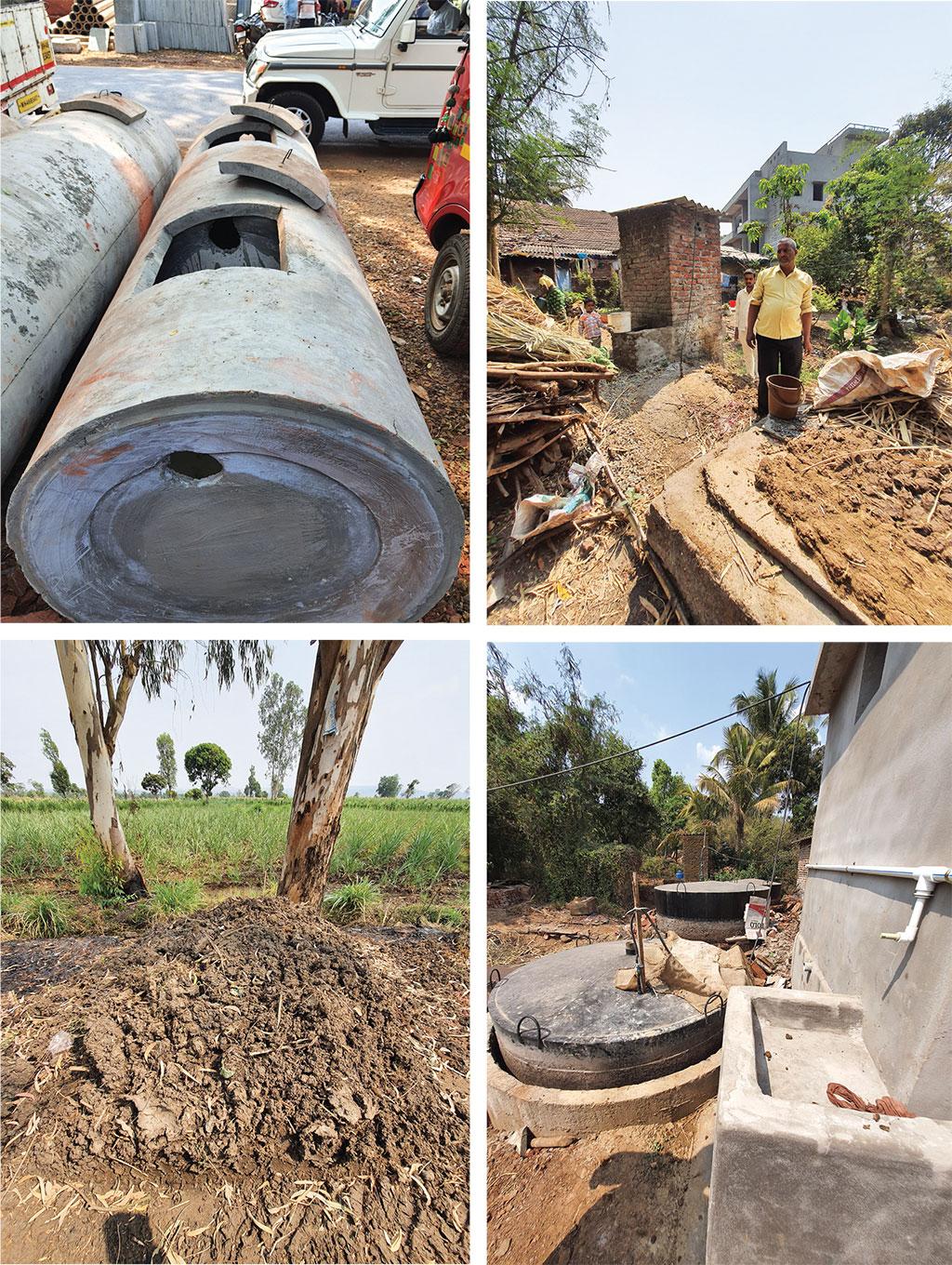 Septic tanks built before 2019 are usually bigger and deeper — much bigger than that proposed in the Central Public Health and Environmental Engineering Organisation (CPHEEO) manual — than those built after.

Construction of such septic tanks are expensive owing to the high rate of excavation, concrete work and labour charges. Cleaning of these tanks is cumbersome and users complain that they have to arrange water for cleaning a day in advance. Any leakage from septic tanks due to construction errors may lead to also lead to groundwater pollution.

In late 2019, Kolhapur district began implementing prefabricated cylindrical septic tanks to save cost and reduce maintenance. These tanks are much smaller than the original septic tanks.

Kolhapur is predominantly agricultural and cattle-rearing. Most families own cattle stock and cattle dung is used for generation of biogas. The district has roughly more than 20-25 per cent of households with biogas-linked toilets at the household level. Some villages have household toilets connected only to a biogas digester. 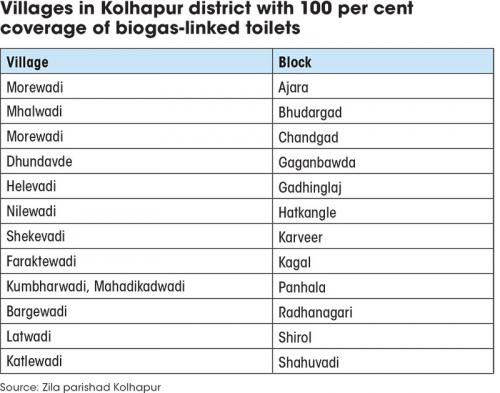 The toilets are linked to digesters. Cow dung and organic waste are added to digester tanks to enhance the process of digestion for efficient supply of biogas.

According to data from the district agriculture department, a total of 119,780 toilets are connected to biogas digesters in the district (up to March 2022).

Households and villages linked to biogas digesters do not need solid waste and faecal sludge management.

To make a smooth slurry, animal waste and organic waste is mixed with grey water and added to the digester tank.

Faecal waste enters the tank directly through a pipe connected at the bottom of the tank.

The feeding point of cattle dung and organic waste is separate from that of faecal waste, thus ensuring that there is neither smell nor human involvement in handling faecal matter.

After gas is produced, some solid matter is left behind in the digester, which can be scooped out and used as manure in fields.

The capacity of the biogas plants is 2 cubic metre (m3) per tonne for a family of five to seven people or less and total gas production per day per plant is 1.5 m3.

The residents of the district have no issue in using biogas for cooking. According to the district administration, initially communities were reluctant to use gas made from faecal matter but they have, after a rigorous awareness programme, slowly adapted to it. The villages have been using biogas for the last 10-15 years without any complaints.

The slurry in the post-digester tank is generally cleaned once a year and the slurry is used as fertiliser. This helps families with clean and cheap fuel for their cooking needs.

Households that once used firewood for cooking have now moved to cleaner and cheaper biogas. These households now do not need to collect firewood and they also spend less or nothing on buying gas cylinders.

The households save around Rs 1,000 per gas cylinder, thus saving up to Rs 12,000 per annum (assuming that the families use one cylinder per month) that would have been spent on cylinders. 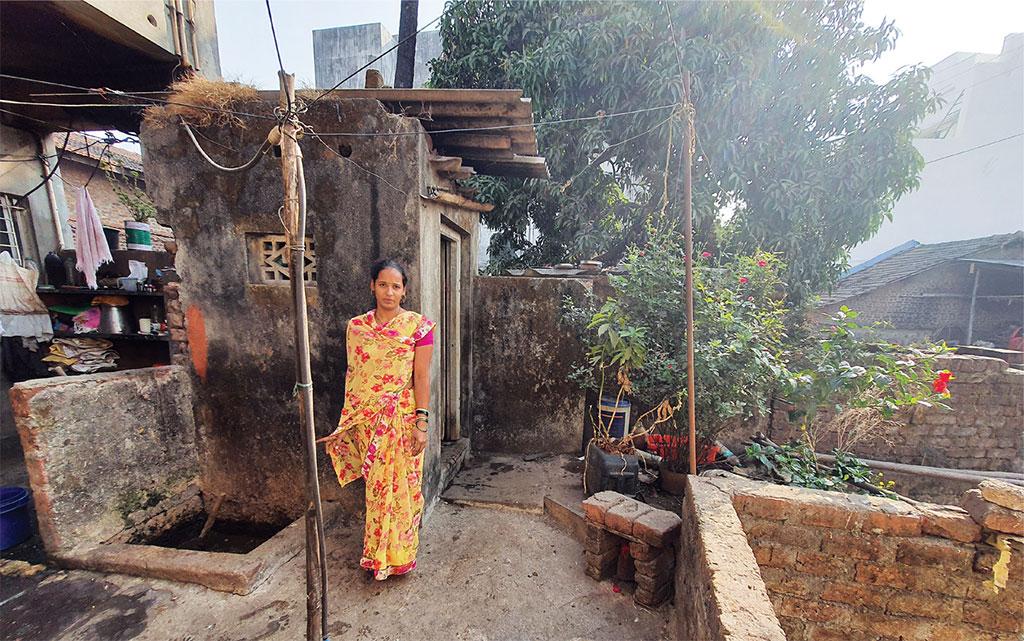 Since 1981-82, a Centrally sponsored scheme under the Ministry of New and Renewable Energy (MNRE) has provided for a subsidy to households of approximately Rs 13,500 of which Rs 1,200 is to connect the toilet to the digester.

The scheme is managed by the state agriculture department. The district has been ranked first in the country several times for achieving the targets for construction of biogas digesters.

A toilet-linked biogas system eliminates the task of frequent emptying of faecal sludge from septic tanks or twin pits and dumping it in drains or landfill sites.

Residents of Kolhapur district regularly maintain biogas digesters and prefer it to any other system. They are cleaned about once a year, depending on usage and size of the unit. The slurry is removed from the slurry tank manually and then used as fertiliser in agricultural fields.