Can Navi Mumbai find a way out of its water shortage?

Navi Mumbai is digging wells to fight water shortage, but this may lead to another crisis instead of countering one 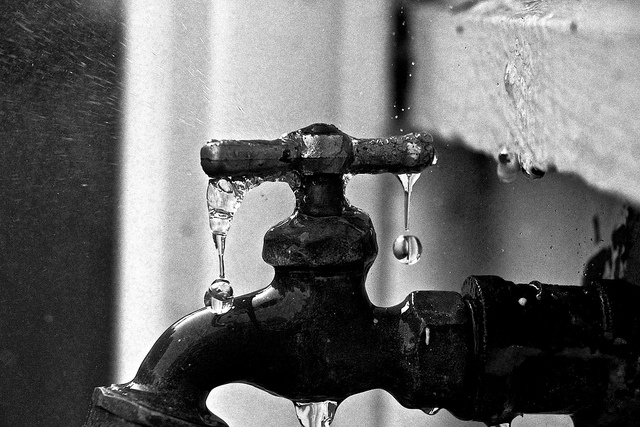 Navi Mumbai Municipal Corporation (NMMC) has recommended that housing societies dig borewells to overcome the ongoing water shortage in the city, a measure which has been criticised by experts for its potential ill-effects on grounwater and health.

The city faces acute water shortage, affecting 1.16 lakh people. A proposed “smart city” in Maharashtra, Navi Mumbai requires 335 million litres of water per day. However, only 305 million litres are supplied by Navi Mumbai Municipal Corporation (NMMC). To deal with the shortage, NMMC has declared water cuts and the supply of water is now short by more than 25 per cent. Some localities have also faced a 100 per cent water cut.

However, NMMC remains unable to deal with the water shortage. It has tried many emergency measures, but with little success. Arvind Shinde, executive engineer in the water wing of NMMC said that the authority is exploring a valid alternative source of water to reduce the demand from Morbe Dam, the primary water supplier for the region.

The administration has now asked housing societies to dig borewells to offset the acute shortfall of potable water. The civic authority claims that permission is not required for digging a borewell in the society premises, contradicting the Maharashtra Groundwater (Development and Management) Act of 2009. The Act states that the state groundwater authority shall prohibit the drilling of deep-wells within the notified and non-notified areas. The permission may be granted for drilling deep-wells after receiving a written application recording the reasons for drilling.

Further, a 2011 report by Central Ground Water Board says that geomorphological features and disposition of rock types in the region prove that the groundwater is unsuitable for drinking and domestic purposes. Its usage has been discouraged while creation of surface water reservoir has been emphasised in the report.

The groundwater is vulnerable to contamination from sewage disposal and massive over-pumping may result in sea water intrusion. Digging of borewells, hence, cannot be a solution to the water crisis in Navi Mumbai.

The best strategy to tackle the situation is to devise self-regulation to avoid wastage, say experts. The over-licensing of wells may worsen the situation as it can have ill-effects on groundwater availability and human health. Madhukar Date, a coordinator of local non-profit Hariyali, said that awareness along with avoiding water wastage and rain water harvesting are the only best and relatively cheap sources of addressing the issue of water shortage.

NMMC cites water pilferage, leakage, illegal connections and uneven distribution of water at various places as a reason for these irregularities. In September 2015, it conducted a water audit of the distribution system and found that out of the 97 per cent water that was accounted for, about 19 per cent was wasted due to leakage and illegal connections. The administration has sent around 4,000 notices in this regard and efforts have been taken to plug leakages. NMMC has now begun an aggressive awareness drive, with hoardings and banners across the city, to sensitise residents about the judicious use of water.