Talking with the Chinese on the Brahmaputra

An Indian academic shares her experience of interacting with her Chinese peers on the transboundary Brahmaputra river, their mutual concerns, and learning to work together 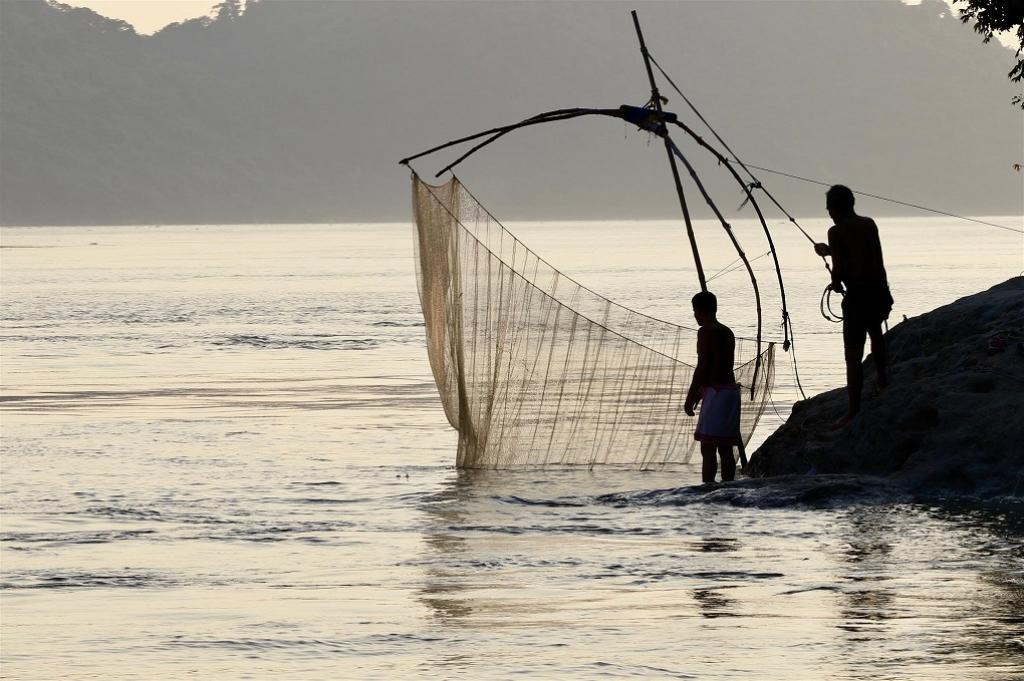 Fishermen on the Brahmaputra, a river that winds through four countries. Credit: Sumit Vij

I have been fortunate to be a part of ‘Brahmaputra Dialogue’ since 2013. This dialogue was initiated by the South Asian Consortium for Interdisciplinary Water Resources Studies (SaciWATERs), an NGO based in Hyderabad in 2013. The initiative started as a bilateral process between India and Bangladesh, but with the inclusion of Bhutan and China in 2015, became a multilateral one. Over the last 5 years the project gave me the opportunity to meet and speak to a large number of people in all the four countries, in different capacities. Such interactions at a professional as well as personal level helped me to overcome many apprehensions that I had before I interacted with them, particularly the Chinese.

The Brahmaputra is a unique river system of the South Asia shared by four countries – China (where it is called Yarlung-Tsangpo), India, Bhutan and Bangladesh (where it is called the Jamuna). The river system has immense potential to become the engine for economic development, but the diverse geo-physical characteristics of the river has also led to divergent interests among the countries sharing the basin. Hence, amidst diversity (which is very common for any transboundary river basin), we need to identify avenues of cooperation to harness the river in the best possible way which is economically viable, socially just and environmental sustainable.

But cooperation cannot happen overnight and is only possible when countries communicate, as lack of communication usually leads to suspicion and mistrust, which further complicates the situation, eventually leading to a deadlock. This is the backdrop in which the Brahmaputra Dialogue (BD) was initiated, to help the Brahmaputra riparian countries to come together, to discuss about their concerns related to the river with a broader objective of breaking the enduring deadlock, which has made negotiation over Brahmaputra extremely complex.

Between 2013 and 2014, during the bilateral BD meetings (participated mostly academics or people who may not be decisionmakers themselves, but very close to them, or track 2 and 1.5 in dialogue parlance), the need for China’s participation in the dialogue was raised many times. Everyone knew and acknowledged (directly or indirectly) the ‘riparian geographical position’ can play a significant role in determining the way the water is developed in the basin. However, the suggestion to include China was accompanied by the apprehension that China would not participate in such dialogues. Even if it did, its representatives would not openly share their views. This was the common belief among academicians, policy makers and also members of the media in both India and Bangladesh.

In 2015, the BD team decided to take up the challenge to include China and Bhutan and thus raise the BD platform from a bilateral to a multilateral dialogue process. Despite a few initial hiccups, SaciWATERs, with the help of the International Centre for Integrated Mountain Development (ICIMOD) identified a few relevant people in Yunnan University. An invitation was sent to them requesting participation and we received an immediate response. In fact they asked if we could accommodate two people from China and that they would bear the additional costs.

The first multilateral BD regional meeting took place in May 2015, in Bangladesh, which for the first time saw the representation of all the four riparian countries – India, Bangladesh, Bhutan and China. The representatives from Yunnan University not only participated in the meeting but also to everyone’s surprise, shared their views and opinion openly in the forum. While commenting on the hydro diplomatic relationship between the Brahmaputra Basin countries, they emphasised that suggestions and ideas coming out from such discussion were extremely important and needed to be communicated to the government of the respective countries. They expressed keen interest to host a similar workshop in China so that the Chinese are made aware of the impacts of infrastructure development on the lower riparian countries such as India and Bangladesh. They also cited the case of the Mekong and mentioned the diverse interests of each country in the Mekong river basin. They emphasised that many of these differences were resolved to a great extent in 2004 when Chinese government came into an agreement with the Mekong River Commission to share the data on water to support downstream countries for flood control. Being an upstream country they did realise the need for China’s participation in such dialogue forums as such forums could promote joint research, improve data sharing mechanisms, and eventually pave the way for long-term institutional development.

This was also the beginning of my professional and personal association with the Chinese through the BD project. We shared phone numbers and stayed in touch through messages and emails. During our conversations I made a personal request to them to help us connect to more intuitions in China so that we could expand our network. They were equally excited about the BD initiative and connected us to institutions like the Shanghai Institute of International Studies (SIIS), Beijing Institute of international Relations and Fudan University. As a result, in 2016 in the regional meeting of BD, which was held in Singapore, we had representation from both SIIS and Yunnan University.

In May 2017 (during the time of the Doklam standoff on the Bhutan-China border involving Indian and Chinese forces) a colleague and I travelled to China, with SIIS and the Hainan Institute of World Watch (HIWW) hosting us. Before leaving for China, I wrote mails to a few senior academicians, who work on India-China relation, seeking appointment to meet them. All of them responded; whether to accept, or to explain their inability to meet due to prior commitments, which indicated to me their professionalism as well as their willingness to talk.

We met several important people in Shanghai and Beijing during our visit. They were from government academic institutions as well as influential think tanks. All of them shared their views about both India and China without any hesitation, appreciated the dialogue initiative and also suggested ways to take the dialogue forward with Chinese participation. One of them appreciating the dialogue emphasised the need for ‘patience to wait for the right moment’, for things to move, and for Brahmaputra, that ‘right moment is not too far’.

The issue of hydropower development by China was also discussed openly. Most of them agreed that China (like India) has plans to develop hydropower because, as a developing country, they need access to clean energy. They also recognised the fact that different countries have different interests from the river, as is common for all transboundary rivers. One of them also mentioned that China is therefore keen in participating in such transboundary dialogues as it helps them to know what each country’s needs are, both now and in the future. Scientific research is one of the most important concerns for all, for them the generation of knowledge is key to any cooperation, as one of the academicians stated “while transboundary issues are largely political but unless we know what the river can provide, we are not in a position to negotiate”. They suggested that dialogue platform should also try to bring researchers together to develop joint projects at the transboundary level. One of the major outcomes of this visit was a MoU signed between IIT Guwahati and Yunan University (the first MoU with a Chinese academic institution signed by IIT Guwahati) to conduct joint research on the Brahmaputra Basin.

We also shared a few light moments discussing Indian movies (the Indian movie Dangal was super hit at that time in China) and also about Indian and Chinese cuisine and how the western world is fascinated by our food.

I was supposed to travel to Beijing alone as my colleague could not accompany me beyond Shanghai. But our host was a bit disappointed about it as they felt it would be extremely difficult for me to manage alone, as taxi drivers do not speak English. I told them not to worry as I was used to traveling alone. But to my surprise the morning I was traveling I was informed that out host institution had decided to send one of their employees to accompany me. The cost of his travel was be borne by the host institute. When I vehemently opposed it, they told me, “You are our guest, your safely is our utmost concern, so please let us do our duty.” I could not oppose the goodwill. I am grateful to them for taking so good care of me during my entire time in Beijing. In fact the taxi driver in Beijing played Hindi songs for me and told me that he often listened to old Hindi songs as he finds them very melodious.

I consider myself fortunate to be a part of BD project, as it gave me the opportunity to work with the Chinese and also experience their hospitality. I also realised that Chinese (general public) and Indians (general public) think a lot alike, both want peaceful resolution to problems, both understand the value of such dialogues, both respects each other’s culture, both love each other’s cuisine and both also realise that differences crops up when we let politics take the centre stage. Hence, what we need to push for is people-to-people diplomacy, to mitigate the mistrust and hostility between India and China – which is also one of the aims of the BD project.

Anamika Barua is an Associate professor at the Department of Humanities and Social Sciences, Indian Institute of Technology, Guwahati. Her research interests include climate change and water security, ecological footprints, virtual water flow through trade and water governance including transboundary water governance.