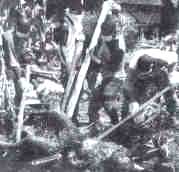 THIRTY nine men have died so far after taking the anti-impotency drug Viagra, confirms the us Food and Drug Administration (PDA). About 85 per cent of the patients were found to have one or more risk factors related to coronary artery disease. Almost half the victims died within three hours of sexual activity.

According to the PDA, Viagra, which is manufactured by the New York-based Pfizer Pharmaceuticals, is still considered safe. Almost three million prescriptions have been filled since the drug was introduced in March this year.

PDA officials confirm all the victims were men, with an average age of 66 years. Findings show six men had taken nitro-glycerine or a nitrate medication, which is also taken with Viagra. But Pfizer maintains the drug is safe. It believes some patients have died from mixing Viagra with nitrates incorrectly.