Ways of lfie in rural and urban India 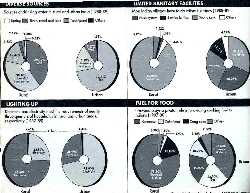 Again, only about one-sixth of the rural households had access to tap water while the corresponding proportion in cities is about three-fourth. Groundwater alone meets the drinking needs of nearly 80 per cent of India's rural population.

Sanitary facilities are still very limited in the villages where nearly 90 per cent have no latrines, while in the urban areas, only about 31 per cent have to do without them. In cities, electricity meets the lighting needs of nearly three-fourths of the households. In rural areas, it is kerosene that meets this need.