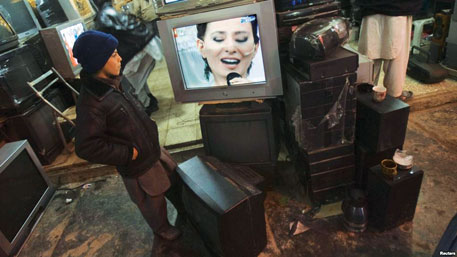 Afghanistan President Hamid Karzai has ordered a probe into TV advertisements, aired in January, urging him to sign the Bilateral Security Agreement with the US. The Obama administration has been pressing Karzai to sign the pact that would authorise US troops to remain in Afghanistan after 2014, but Karzai refuses to sign it.

According to news agency Radio Free Europe an advertisement featured a TV presenter asking Afghan citizens whether they support the pact. The response was overwhelmingly supportive. In another advertisement, a narrator listed economic and security benefits of signing the pact. It was accompanied by a footage of Afghan troops being trained by foreign forces.

“The president wants to know who is behind the advertisements—be it TV station owners, political groups or foreign intelligence services—as they are a threat to national security,” said Safatullah Safi of the government’s media centre.