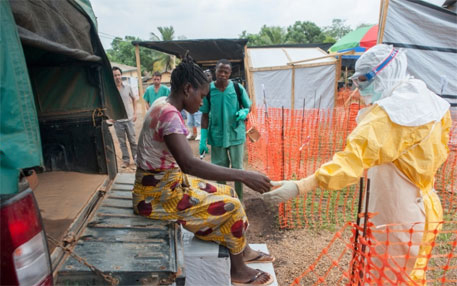 Health ministers from 11 countries in West Africa, along with international health organisations, adopted a fresh strategy to fight the world's deadliest Ebola epidemic that has killed hundreds of people in the region.

The decision came after a meeting was held between health ministers from 11 countries in Ghana's Accra to plan some "drastic action". At a two-day meeting, the officials committed to better surveillance to detect cases of the virus, enhance cross-border collaboration, better engagement with local communities and closer cooperation with the United Nations, World Health Organization (WHO) and other partners.

Under the new strategy, the WHO will open a sub-regional control centre in Guinea to co-ordinate technical support.

According to WHO, till now, there have been 759 confirmed or suspected cases of the haemorrhagic fever in Guinea, Liberia and Sierra Leone. The outbreak, which started in February 2014, had claimed 467 lives till Wednesday.

"This makes the ongoing Ebola outbreak the largest in terms of the number of cases and deaths as well as geographical spread," WHO had said in a statement. The officials of the international health agency are, however, confident that they will handle the situation which the medical charity, Doctors Without Borders, (MSF) had said was “out of control”. "This is, however, the most complicated Ebola outbreak ever because it is spreading so fast in both urban and rural areas," admitted Keiji Fukuda, assistant director-general for health security at the WHO. 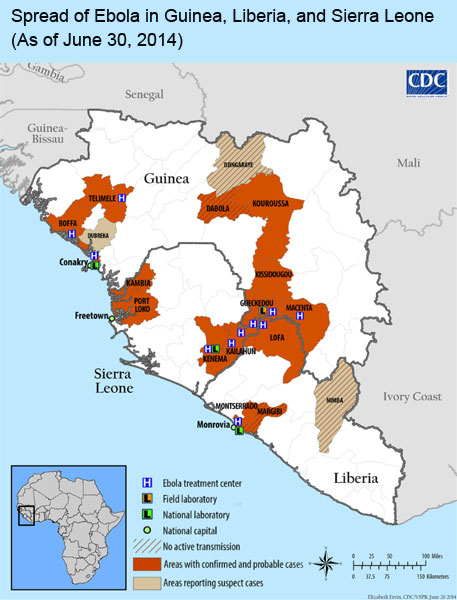 When beliefs become a barrier

The deadly Ebola virus has been leaving its mark on Africa since the first outbreak in 1976 in the Democratic Republic of the Congo. But superstition and tradition have often thwarted containment, awareness and treatment measures during such outbreaks. In places where the concept of infectious diseases is unknown, the victims and their families often face stigma. Some in the community even believe that the illness is the result of a curse. All this makes the task for health workers difficult. “Strong cultural practices and traditional beliefs” are an important factor “contributing to the patterns of transmission”, says WHO.

On Tuesday, Liberian authorities warned that anyone caught hiding suspected Ebola patients will be prosecuted.  Sierra Leone had issued a similar warning a few days ago. According to a few reports, the outbreak of the disease, unlike the earlier ones, has this time also spread to urban areas.

It is an extremely contagious disease, easily spread from close contact with the bodily fluids of an infected organism — both human and animal. Fruit bats are believed to be the natural host, however, the exact origins of the disease are unknown. Patients afflicted with the virus may experience symptoms similar to that of flu, such as fever, headaches, and vomiting. The illness has a death rate of up to 90 per cent. There is no known cure and treatment is limited to supportive therapy. WHO considers it one of the world’s most dangerous diseases.

(This is an updated version of the story)

Research: Mathematical models to study the outbreaks of Ebola