In economic terms, they are worth US $70 billion per year 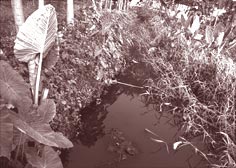 The first comprehensive report on the economic value of wetlands warns that resources and services amounting to us $70 billion per year will be in danger if the world's swamps and marshes are not managed in a sustainable manner. "This figure is important, as wetlands are often perceived to have little or no economic value compared to land-use activities that yield more visible and immediate benefits," says Kirsten Schuyt, a resource economist of wwf International and the co-author of the report. "Only an economic valuation can prove the worth of the swamps, as it takes into consideration not just the value of obtaining tangible resources but also services such as the role in minimising damage due to storms," explains Brij Gopal, a professor at the School of Environmental Sciences, Jawaharlal Nehru University, New Delhi.

According to the report, 'The Economic Values of the World's Wetlands', flood control, storm buffering, fishing, tourism and water filtering are amongst the most valued functions of the wetlands. Their least valuable role is providing food, timber and fuel wood. Asian wetlands have the highest economic value at us $1.8 billion per year -- about three times greater than their North American counterparts. The higher value of Asian wetlands can be attributed to the region's high population density, implying more demand for wetland goods and services. Moreover, all 'available wetland functions' are utilised in Asia. Their relative scarcity is also responsible for the higher value. "The lower the wetland area available (due to degradation), the higher is their average value," states the report. Latin American wetlands have the lowest value as population density is very less and wetland area is relatively more. The report, however, cautions that the region's wetlands may have higher biodiversity, scientific and socio-cultural value.

The researchers hope their findings will provide impetus to efforts aimed at conserving the precious ecosystems. "Such assessments, though not without limitations, help attract policymakers' attention towards conservation needs," asserts Gopal. "Officials often have insufficient understanding of the values of wetlands and therefore they fail to seriously take up conservation projects," adds Schuyt. More than half of the global wetlands have disappeared since 1900. For instance, during 1950-1985, France has lost 67 per cent of its wetlands while The Netherlands has lost 55 per cent. The loss is alarming not only due to the economic value of wetlands, but also because they are habitats of many key floral and faunal species. For instance, freshwater wetlands hold more than 40 per cent of all the world's species.

Conservation efforts are even important to avoid incurring the cost of restoration -- wetlands in the Everglades national park of the us will require us $ 7.8 billion and almost 40 years to rebuild. "The need of the hour is to undertake projects illustrating economically viable conservation practices," concludes C L Trisal, programme director of Wetlands International, South Asia office, New Delhi.