What Africa needs to do to avert demographic disaster 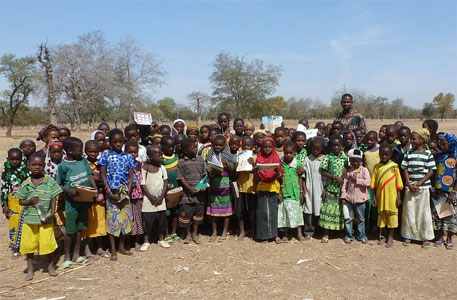 Africa’s population may double over the next 35 years— including almost a billion children of whom one in eleven will die before the age of five. This boom, projected in a latest Unicef report, titled Generation 2030: Africa, is a serious threat to the continent’s already damaged health infrastructure, its already strained capacity to feed itself and its unstable political regimes that have failed to avoid unrests in many countries of the continent.

Rise of militant groups like Boko Haram and their strategy to recruit child beggars and the poor of Nigeria is another alarm for the continent staring at a historic baby boom. But what is it that Africa needs to do to curb this boom that if out of control will make the already poor continent poorer?

Improvement in education and literacy rates is undisputedly the first step. In a report published in Huffington Post, according to the World Bank, once girls get  minimum fifth-grade education, they are more likely to marry later, have a smaller family, seek medical care for themselves and their children, find employment later in life, gain access to credit, and participate in political life of the community and country.

African farm yields are less than half as productive as those in other regions of the world. But in many parts of the continent, like Tanzania (in south-eastern Africa), agricultural innovation has been leading to empowerment of women and girls. The smart approaches to make communities, including women, self dependent not only promises to make the coming boom a turning point toward truly sustainable development but also curtail the birth numbers.

Niger (in north Africa), according to United Nation’s Human Development Index, is the poorest place on Earth. An estimated 2.5 million people out of a total of 17 million have no secure source of food in the drought-stricken country. What makes matters worse is that the average fertility rate is 7.6 children per woman in Niger. It is clear that poverty, illiteracy, ignorance and poor access to contraception are reasons for such staggering population boom. In such circumstances, planning and implementation of development schemes holds the key. “By investing in children now—in their health, education and protection—Africa could realise the economic benefits experienced previously in other regions and countries that have undergone similar demographic shifts,” says Leila Gharagozloo-Pakkala, Unicef’s regional director for Eastern and Southern Africa, in the press release of the Africa 2030 report.

The report is meant to seize on an opportunity to not only invest in children, but do so in a way that propels larger goals, such as gender equity. Unicef stresses that efforts need to be undertaken immediately.

“If investment in Africa’s children is not prioritised, the continent will not be able to take full advantage of its demographic transition in the coming decades. Without equitable and inclusive policies, the pace of population growth could potentially undermine attempts to eradicate poverty and increase disparities,” says Manuel Fontaine, Unicef regional director for West and Central Africa.

International community has to help

Emphasising the need for more dedicated and intense efforts on a global scale, the report says international dialogue on Africa’s child demographics and their implications for children’s rights, development and future is urgently required. “As globalisation continues to increase the interconnectedness and interdependence of the world’s citizens, the reverberations of Africa’s demographic transition will be felt far beyond the continent’s borders. It has implications for a diverse range of issues, from China’s growing demand for resources and major investments in Africa; Europe’s challenges with migration from Africa; and Africa’s status as a major consumer market,” says the report. The current epidemic of Ebola in West Africa and the panic and emergency it has created throughout the world is an example of how no major change in the continent will be restricted to its geographical boundaries.

Estimates of the United Nations Population Division for 2015 showed that in sub-Saharan Africa, 25 per cent of women of reproductive age who are married or in a union have an unmet need for family planning. Therefore, education and access to family planning awareness is a measure Africa cannot afford to ignore.

Talking about the need to make its children tougher to face what lies ahead, the report says, “Building resilience in Africa, through peace-building, risk and foresight-based planning, creation of social safety nets and integrating humanitarian and development work, will be critical to both help support Africa’s growing child population in fragile states and also to reduce their fragility in the future.”