What happens now to Munde's grand plan to develop each village? 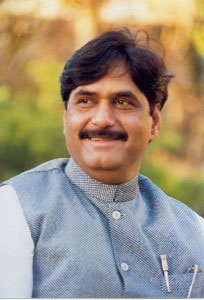 The sudden demise of Union rural development minister, Gopinath Munde, in a road accident on June 3, has put a question mark on the rural development policy he was working on after being sworn in as Cabinet minister in the Narendra Modi-led government.

Munde wanted comprehensive development of villages of India through integration of all rural schemes. He was pushing for a development plan for every village of country.

The beginning to this was the integration of what were three separate ministries in the Congress-led UPA regime. The BJP-led NDA government integrated the ministries for rural development, panchayati raj and drinking water supply for better convergence of schemes meant to benefit rural areas.

Before the UPA took over in 2004, these three ministries were functioning as one under the BJP-led government under Atal Behari Vajpayee. The UPA government separated the three, though they were integrated for a small period in 2009 when C P Joshi was given charge of all three ministries.

“Integration of all rural schemes in development of a village was his mool-matra,” says a senior official of rural development ministry.

After going through departmental presentations of the rural development schemes, Munde sensed early that all these schemes were being run as standalone schemes without coordination or convergence.

“Policy is very much related to persons and Munde's orientation was pro-poor. He even started his political career from gram panchayat body. He was brought up in a small farmer household and faced a lot of hardships which was reflected in his approach,” a ministry official said.

Capacity building of panchayats was also high on his priority list, the official said.

MGNREGS as a key driver

Munde was a strong advocate of rural job guarantee programme MGNREGS, which was very much a part of his village development plan.

He wanted to integrate MGNREGS with a whole gamut of rural activities for asset creation. These included basic rural road construction, developing minor irrigation schemes for agricultural activities, levelling land of small and marginal farmers, horticulture, bunding, construction of dug wells and ponds, watershed development, construction of houses for below poverty line family under Indira Awas Yojana, construction of toilets under Nirmal Bharat Abhiyan and drinking water supply facilities. He also planned for rural electrification integration to villages even though it was not part of objectives of rural development ministry.

At the same time, he also discussed extensively with senior officials about strong monitoring mechanisms to track all developments of villages.

When asked about the basic difference in rural policy of earlier and this government, the senior official said that earlier government had been implementing project in haphazard and standalone manner so that no substantial result came up. But Munde was moving ahead with result oriented plan.

A senior official, while sharing his experience, said he was surprised to hear Munde supporting the land acquisition and rehabilitation and resettlement Act.

“We all were expecting his indifference to the Act because it deters industrialisation process but he strongly advocated it,” said the official.

He also assured all the departments that there would be no cuts in plan budget in the upcoming budget.

“It was a matter of honour for him that his first budget should at least match with that of the previous government,” said another senior official.

Report: Enhancing sustainable livelihoods of the poor through convergence of Mahatma Gandhi NREGA with various schemes