What women can expect

Will Modi take care that women do not become victims of economic progress? 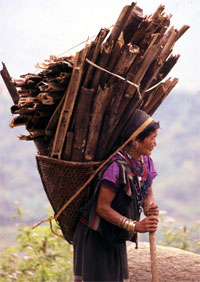 In an election where women voted enthusiastically and where women’s security figured prominently in the slogans of leading political parties, the Congress has got a resounding thumbs down. These were also the elections that followed a tardy handling of women’s protests in the capital by the Congress government one-and-a-half years ago.

With trends indicating a handsome majority, the BJP is all set to form the government. What can women expect from the new government? Party leader and soon-to-be prime minister Narendra Modi has an urban-centric vision, with the main thrust on economic development. He talks about urban infrastructure, interlinking of rivers, creating jobs and national markets for agriculture, besides women’s empowerment and preventive healthcare.

As many activists working for women and the environment point out “development” with little focus on social indicators; that sees nature and people as mere resources, has ended up destabilising ecologies and increasing women’s hardships in rural areas. Rukmini Rao of Gramya Resource Centre for Women who has been working for gender equality in Maharashtra, sees a correlation between economic advancement and increased disenfranchisement of women. They often do not reap the same economic benefit as men, she told Al Jazeera.

Since women in rural and tribal areas depend on forests and rivers for their daily crucial needs, any economic activity that depletes the environment further marginalises them.

Can Modi create enough safeguards for the environment as he promotes industry and infrastructure? Or will he ensure women have other options to fall back on? Party manifesto does talk about education, training and skills for women, but will that become priority or at least match the pace of economic advancement?

This is as far as women in villages are concerned. For long, women’s organisations across India have been demanding an end to gender discrimination and violence against women. It does not help that the Rashtriya Swayamsevak Sangh (RSS), the ideological parent of the BJP, displays a patriarchal attitude.

Ahead of the polls rights groups released Womanifesto 2014, a six-point plan to bring change to women and girls. The main demands were education, equality, implementation of women-friendly laws, police reforms, swift justice and remunerative employment.

Women’s organisations also published a Women’s Charter in the Economic and Political Weekly, listing women’s issues and demands in detail. They talk about laws that need to be enacted and strengthened (see box ‘Ways to act’). Modi should acquaint himself with the content and spirit of these pieces of legislation. Now that the BJP likely to get absolute majority, enacting Women’s Reservation Bill and other bills should be easy.

Women’s groups will have to keep up the pressure. Raising demands is one thing and getting them fulfilled another. Women have generally been shy of electoral politics and politicians—at least online. An analysis of some of the popular Twitter accounts of Indian politicians and parties shows very few women voters follow them. Their representation in Parliament has been worse than the global average.

As Supreme Court lawyer Karuna Nundy, who co-authored Womanifesto 2014, says, lasting change will only arrive once “structured reforms” take place in legal, political and social spheres. The self-help movement and reservation for women in panchayats  seem to have made some difference in this regard. Today there are about a million elected women panchayat leaders and eight million self-help groups with about 97 million members in the country. This has mobilised and motivated women to some extent.

In these Lok Sabha elections 16 of the 35 states and Union Territories saw more women turning out to vote than men.

So there is a silver lining.