What's there to hide? 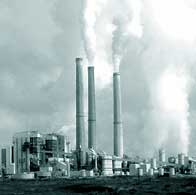 experts are raising objections to the lack of transparency in the recently initiated aids vaccine clinical trials in India. Important documents -- the memorandum of understanding between the government and the International aids Vaccine Initiative (iavi), which is coordinating the trials, the research protocol, documents on the recruitment process and the information provided to volunteers about the risks involved -- are not in the public domain. This might be dangerous, considering the significance of the trials, they warn.

The trials began on February 7, 2005, at the government-owned National aids Research Institute (nari), Pune. Even members of the national advisory committee formed to oversee the trials do not have access to crucial documents, according to a committee member. He said the committee doesn't know if the checks that have been established for such trials are being followed. "I wrote to nari for some of the documents, but did not receive any information even after repeated reminders," says C Sathyamala, an epidemiologist who has worked on ethics and legality of clinical trials. The Indian Council of Medical Research also seems to have been pushed to the background. When contacted by Down To Earth (dte), iavi officials said they will provide the required information after getting permission from their New York office. But dte is yet to hear from them. "There is no reason why all information, other than volunteers' identities, should not be available to the public," says I S Gilada, secretary general, aids Society of India (asi), a professional group of doctors and researchers.

The preventive vaccine being tested is called tg aac 09, designed by Targeted Genetics Corp, a us-based company. It is specific to subtype c of hiv virus prevalent in developing countries like India and South Africa. It will be tested on around 30 adult healthy volunteers, who will receive a single intra-muscular injection in their upper arm. They will be studied for the kind of immune response they develop in the subsequent 18 months. If the response is good, the vaccine will go into the second phase of clinical trials, where its preventive capabilities will be studied. The trial in India is part of a multi-country trial, also underway in Europe. The trials in Germany and Belgium began in February 2004 on around 50 volunteers. Their results are likely to be available in the first half of 2005.

There are other issues too. The us- made vaccine is based on a South African strain of the subtype c virus and not the Indian strain. In contrast, another vaccine that has been developed by government agencies in India and is based on the Indian strain of the virus is still awaiting trial. Besides, groups like the asi feel the "hypothetical" vaccine might provide a false sense of security to people when the fact is that even if the vaccine is found effective, it will be at least a decade before it can be made available to the public.