When did early humans reach India? 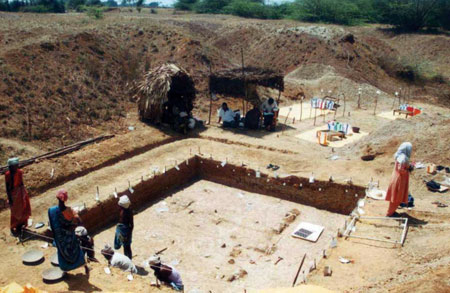 A research team led by Shanti Pappu of non-profit Sharma Centre for Heritage Education in Chennai discovered 3,528 stone tools at a prehistoric site in Attirampakkam in the Kortallayar river basin of Tamil Nadu. The tools fall into a class of artefacts called Acheulian tools that scientists believe were first created by Homo erectus— ancestors of modern humans—in Africa more than 1.6 million years ago. The Acheulian tools largely include handaxes and cleavers.

The conclusion of Pappu’s study was earlier voiced by Robin Dennell of University of Sheffield in England in a commentary published in 2005 in the journal Nature.

Acheulian populations were primarily hunters and gatherers, skilled at adapting to different environments. “We know this from fossil remains found at sites in India and world over,” says Pappu. The Acheulian tools were probably used to butcher and skin animals and to exploit plant resources like roots and tubers, she adds. 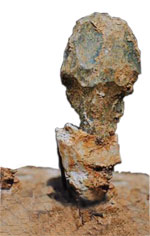 Dating, for the first time The archaeologists found the artefacts at a depth of one to nine metres in thick layers of clay.

To date the tools, the research team analysed traces of certain elements embedded in them and by correlating the archaeological layers excavated at the site with changes in the earth’s magnetic field. Many such artefacts have been found in south India, but this is the first study that has dated the tools.

The team used two dating methods, palaeomagnetic dating of the sediments that covered the Acheulian tools and cosmogenic nuclide burial dating of the stone tools. The former is based on the principle of periodic reversal of the earth’s magnetic fields over geological time periods. The palaeomagnetic measurements showed a reversed polarity, meaning the sediment samples predate the period after the last reversal of the earth’s magnetic field.

“The sediments date to more than 1.07 million years,” says Pappu. The burial dating technique measures isotopes of two earth metals, aluminium and beryllium, which gives the age of burial of the tool.

The finding “is one of the finest in Indian archaeology”, says V N Misra, retired professor of anthropology at Deccan College in Pune. “It proves, for the first time, that early humans migrated from Africa to Tropical Asia and Europe. They did not go to the Himalayan side of India because of the colder climate,” he adds. It proves that early humans were present in Asia much earlier than in Europe, he concludes.

The study, published in the March issue of Science, is part of an ongoing research project of Sharma Centre for Heritage Education. The research aims to understand prehistoric stone tool technology and changes in patterns of adaptation of Homo erectus to changing environments at Attirampakkam.

“We examine what type of development (agriculture and infrastructure development) is destroying prehistoric sites. This will help pave the way for methods that could be adopted to conserve the sites,” says Pappu.