When the Scots have their say

Scotland referendum: Control over North Sea oil reserves is a major point of contention between Scottish nationalists and the UK government 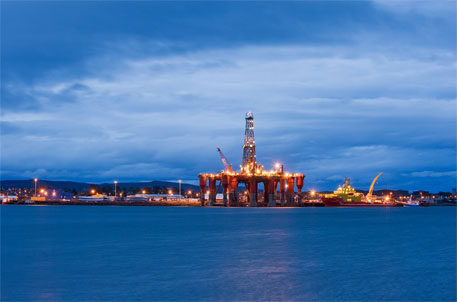 In a few hours, the results of the Scottish referendum will be before us. Latest reports say that advocates of secession from the United Kingdom are neck-and-neck with the Better Together Campaign, which wants Scotland to remain part of the union. Independent Scotland will bring to an end the Scots’ bitter-sweet, and often turbulent, tryst with the English-dominated union. But it’s anybody’s guess if the verdict, whichever way, will end centuries of Anglo-Scottish rivalry—especially since all indications are that the verdict is going to be a narrow one.

In medieval times, Scotland was a distinct kingdom with a long history of enmity with England to its South. The ruling families of both countries fought bitterly, despite, at times, being related. In 1603, after the death of Queen Elizabeth I, her cousin’s son, James, who ruled Scotland assumed the English throne. Political turbulence did not end though, and it was only a century later that the Scots and the English united their parliaments. In the following centuries, a share—largely iniquitous—in English imperialism cemented Scotland’s place in the union.

The love-hate relationship continued, however. Scots and the English were bitter rivals on the football and rugby ground, and sometimes on the cricket field as well.  The Scottish National Party (SNP) was formed in 1934, but it remained a fringe player. There were occasional surges in Scottish nationalism with the decline in British imperialism, but they would subside soon.

The fissures came to surface, and at times glaringly so, with Margaret Thatcher’s free market experiments in the 1980s. The Iron Lady revoked state subsidies from loss making mining and steel enterprises and Scottish miners participated in the legendary British miners’ strike in 1984-1985.

Oil is another sore point. The Scottish nationalists—their current leader Alex Salmond is an oil economist—believe that the UK Government has squandered most of the North Sea oil revenues, which they say belongs to Scotland.  Last year, the Scottish government released analysis which predicted a "renewed oil boom". Its first Oil and Gas Analytical Bulletin predicts that production in Scottish waters could generate US $ 90 billion in tax revenue by 2018. The report also says more than half the total reserves in the UK Continental Shelf are still to be extracted.

The pro-Unionists contend that relying too heavily on North Sea oil would be dangerous as it is such a volatile commodity.  SNP has indicated that it'd like to follow the example of Norway and set up a sovereign wealth fund to invest the profits from its natural resources. That would take care of the volatility of oil revenues, it argues.