Which one's the poison? 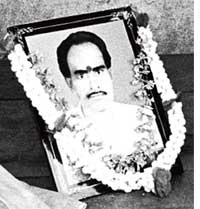 a team of two drugs is prescribed by who to combat organophosphorous pesticide poisoning. The most widely used class of pesticides, it causes about 200,000 deaths each year, globally. Now, one of the two drugs has come under the scanner because various studies have found it to be ineffective and harmful.

Of the two drugs, atropine takes care of the majority of the problems caused by organophosphate poisoning while pralidoxime restores the functioning of an enzyme of the nervous system that the pesticide affects (see box). Atropine is already in who' s list of essential medicines. The UN body wants to include pralidoxime in the list. But its use is turning into a controversy.

The latest study was published in the June issue of PLoS Medicine. The researchers led by Michael Eddleston, pharmacologist at the University of Edinburgh, UK, did not find any evidence to suggest that the drug improves the chance of the victim's survival. In fact, it was found to increase the chances of death. The study was carried out in two hospitals in Sri Lanka, a country where pesticide poisoning is one of the top eight causes of death.

The researchers studied 235 patients who were randomly chosen to receive different treatments. All were given atropine. The patients then received either pralidoxime or saline solution. 48 patients died: 30 of the 121 patients who received pralidoxime and 18 of the 114 patients who received salt water. While this difference was not statistically significant, the team says it did suggest a higher mortality rate resulting from pralidoxime treatment. Further analysis of the patient's blood showed even though the drug reactivated the enzyme acetylcholinestearse, it was found to increase the patient's risk of death. The trial had to be stopped before it could bring up any conclusive results. A similar study was being carried out in Baramati, India. The researchers from this study found that pralidoxime is effective against poisoning. As pralidoxime was established as an effective drug by this study, it was not ethical to continue with the Sri Lanka trial.

Even as who tries to include the drug in its model list, fresh evidence indicates it is harmful. A review of literature, last year, by Marc Bevan, School of Medicine and Public Health, University of Newcastle, Australia, submitted to who suggested the evidence does not support the use of pralidoxime.

While the combination works in cases of accidental poisoning with small amounts of the pesticide, there is no evidence to show it is effective for people who ingest the pesticide deliberately.

With such conflicting reports coming in, doctors treating patients face a dilemma on administering pralidoxime. Accordingly, the authors of the PLoS Medicine paper say more trials are needed to explore the drug. "The who -recommended dose of pralidoxime is most likely to be ineffective and harmful," they wrote in the paper. They suggest there is need to move to oximes more effective than pralidoxime. An editorial comment on the paper suggests the need for further assessment.