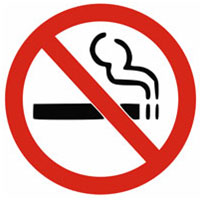 The World Health Organization (WHO) on Tuesday approved guidelines requiring countries across the world to raise the excise taxes on cigarettes and other tobacco products, according to media reports.

WHO delegates met in Moscow this week as part of the Sixth Session of the Conference of Parties (CoP) to the 2003 Framework Convention on Tobacco Control (WHO-FCTC) and voted to move forward on the implementation of a key part of it.

According to a news report in UK edition of International Business Times, the international tobacco tax provision will mandate all countries who signed on the UN anti-tobacco agreement, which includes all major countries except the United States, Switzerland and Indonesia, to implement a tax equivalent to at least 70 per cent of the retail price of the tobacco products.

WHO officials have been quoted as saying that the hike in tax is justified as tobacco is an economic burden society because of the health costs it entails.

Parties adopted the taxation guidelines despite immense industry manipulation and interference, according to another news report. On Sunday, a day before the meetings began, the International Tax and Investment Center – an industry funded front group – organised an event to lobby finance ministers to oppose the life-saving taxation measures says the report.

In previous treaty meetings, tobacco industry infiltration had been a serious problem. Big Tobacco’s representatives are notorious for disseminating misinformation and intimidating delegates, says the report.

In her opening address of the conference on Monday, WHO director-general Margaret Chan said, “Giving any tobacco company a place at the negotiating table is akin to appointing a committee of foxes to take care of your chickens.”

Chan also outlined the next big challenge for the WHO vis-à-vis tobacco. “The next challenge is that the tobacco industry is increasing its dominance over the market for electronic cigarettes. This should not come as a surprise. One company used this year’s World No Tobacco Day to call on WHO, and call on all of your governments, to promote electronic cigarettes as a way of protecting some of the lives that they themselves are killing with the other products they sell,” according to a WHO news release.

The WHO-FCTC till date has been ratified by 178 countries and the European Union, making it the one of the most widely embraced and rapidly adopted in history.

The five-day conference in Moscow would end on Saturday.

Call to action: Promoting domestic and global tobacco control by ratifying the Framework Convention on Tobacco Control in the United States